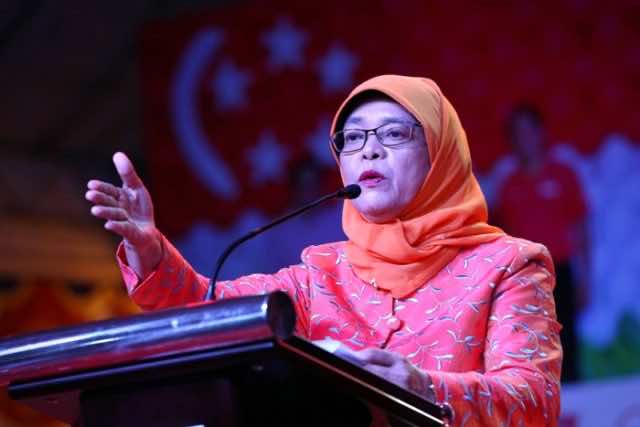 The first Muslim Malay president in 47 years, Yacob was officially elected president without a vote, as all other candidates were found ineligible.

A former speaker of parliament, the 63-year-old Yacob became president after she succeeded in submitting all the required papers on Nomination Day, Sept. 13.

The returning officer, Ng Wai Choong, announced that out of three candidates, Yacob was the only one eligible for the position andnamed her the winner.

Singaporean authorities had reserved this year’s elections for candidates from the Malay community in order to diversify the Chinese-dominated country.

Yacob was competing with Salleh Marican and Farid Khan, whose applications were turned down for failing to meet the nomination’s criteria.Candidates from the private sector were required to have led a company with shareholder equity of at least USD 372 million.

Yacob addressed the nation shortly after her announcement as president.

“Although this is a reserved election, I am not a reserved president. I am a president for everyone. regardless of race, language, religion or creed. I represent everyone, and my duty remains only to Singapore and Singaporeans,”she stated.

“I am a president for everyone, regardless of race, language, religion or creed. Although there’s no election, my commitment to serve you remains the same.”

“My congratulations to President-elect Mdm Halimah Yacoob. Today she returned unopposed and will occupy the most controversial presidency in the history of Singapore. I wish her well. Singaporeans are, however, unhappy with the walkover.”

Yacob will be sworn into office on Thursday to begin her six-year term.