Rabat - Morocco is set to launch its first reconnaissance satellite on November 8 while another is due to follow in 2018, according to the Spanish media outlet El Pais. 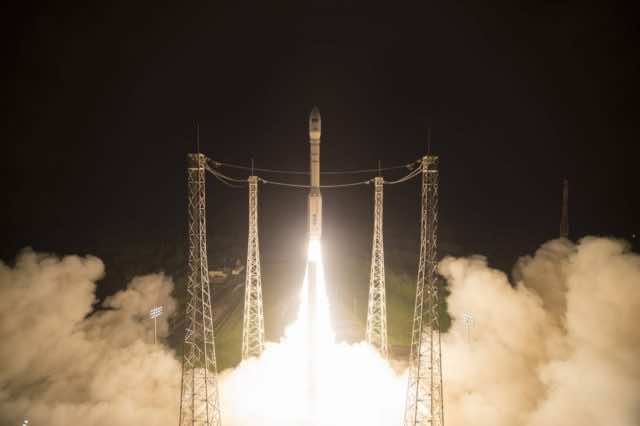 Rabat – Morocco is set to launch its first reconnaissance satellite on November 8 while another is due to follow in 2018, according to the Spanish media outlet El Pais.

The move has Spain worried for several reasons, including the fact that the satellite will likely put an end to the edge Spain has over Morocco.

Citing military experts, El Pais revealed that Madrid is worried its technological advantage will come to an end at a time when there are still some contentious issues between Morocco and Spain despite the “friendly relations” between the two.

A military strategist told the leading media group that while Madrid sees Rabat as an important ally in countering illegal immigration and terrorism, it is important for the Iberian kingdom “not to lower their guard.”

The two countries still do not agree on the status of the two enclaves, Ceuta and Melilla, as well as the delimitation of maritime borders.

The memory of the Perejil Island incident in 2002, when a crisis erupted following the arrest of six Moroccan soldiers by a Spanish special unit, is still vivid in the memories of people on both sides.

For years, Spain has felt that its technological edge was a deterrent in its relation with Morocco.

The satellite, according to Space Skyrocket, will provide “a high-resolution optical reconnaissance system”.

El Pais said that Morocco signed deal for the satellite with the European companies Airbus Defense & Space and Thales Alenia Space during a visit by the former French president François Hollande to Morocco on April 2013. The contract was not made public.

“The construction of the first Moroccan spy satellite has been surrounded by maximum secrecy”, said El Pais.

The Spanish news sources stated that the cost of building and launching the two satellites is estimated at about Euro 500 million.

The two observation and recognition satellites are high resolution (70 centimeters in a strip of 800 kilometers) and have the ability to capture 500 images per day and send them to the ground station every six hours.

On September 23 the Moroccan satellite due to be launched in November arrived at the Kourou base in French Guiana. When launched, the satellite will be controlled by the Moroccan Ministry of Defense in a control base not far from Salé’s airport.

The satellites will enhance Morocco’s security capabilities. Such devices are used to control crime activities such as smuggling and conduct surveillance of armed groups like AQIM.

For Morocco, it will also help to gather information about the separatist Polisario Front, and also about military installations of its neighbors, like Algeria and Spain.

By acquiring those satellites, Morocco “will become the third country on the continent, after Egypt and South Africa, to have this capacity.”