Rabat - Months after its return to the African Union, King Mohammed VI will represent Morocco during the EU-AU Summit to be held in Abidjan on November 29 and 30, despite the contested presence of the self-proclaimed Sahrawi Arab Democratic Republic (SADR). 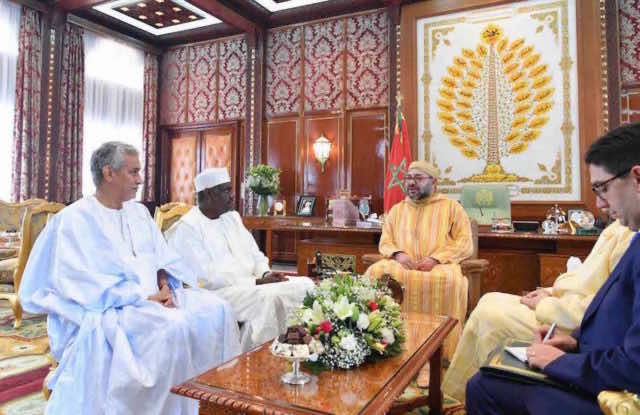 By
Chaima Lahsini
-
Chaima Lahsini is freelance journalist and activist with the Al-Fam collective in Rabat.
Nov 17, 2017
Spread the love

Rabat – Months after its return to the African Union, King Mohammed VI will represent Morocco during the EU-AU Summit to be held in Abidjan on November 29 and 30, despite the contested presence of the self-proclaimed Sahrawi Arab Democratic Republic (SADR).

The fifth European Union-African Union Summit is still occupying the attention of major international circles. After the Algerian ambassador to Brussels, Amar Belani, lobbied for the renaming of the summit from the “EU-Africa Summit” to the “EU-AU Summit” last September, to guarantee the presence of Polisario, speculations about the possible retreat of Morocco ran wild.

However, long gone are the days of Morocco’s empty seat policy during the African summits in which the Saharawi separatists participate. For the upcoming EU-AU summit, the kingdom will face Polisario head on, with King Mohammed VI leading the Moroccan delegation, according to Jeune Afrique.

According to the magazine, “Rabat’s position is now clear and in line with the king’s speech in Addis Ababa in January 2017.” While the international community does not recognize the SADR, Jeune Afrique explain that Morocco refuses to be dragged into “tactical subaltern combat, which is also likely to place its friends on the continent in a delicate position.”

For months on, Morocco and Polisario, supported by their respective allies, were at a standoff regarding the participation of the Polisario’s entity.

On October 16, after a heated debate, the AU Executive Council entrusted Moussa Faki, chairman of the AU commission, with the task of conducting “high-level consultations” to reach a “consensus” by October 27 on SADR’s participation in the EU-AU summit. Otherwise, AU decisions would apply for SADR to be invited.

On October 28, Faki issued a statement that left a great imbroglio on the issue, and at the same time said on Twitter that “all AU members are invited and expected at the AU-EU summit.”

According to SPS, the Polisario mouthpiece, “the SADR received a correspondence on October 27 from the AU Commission inviting all AU Member States, without exception, to participate in the 5th Participatory Summit to be held in Abidjan on November 29-30 2017.”

Days later, Faki met with King Mohammed VI in the Royal Palace in Rabat, reiterating “the important contribution of Morocco since its return, last January, within its pan-African institutional family, to the agenda of peace, stability and development of the Continent.”

And even after the European Union spokesperson Catherine Ray confirmed on Wednesday that “the EU will not recognize SADR even if it participates in the Euro-African Summit,” it is now settled that a delegation of the self-styled SADR will set foot in Abidjan, in respect to the pan-African logic not to exclude any of its members.