Rabat -  A scandal revolving around insect-infested flour has flooded news headlines in Morocco after a member of Justice and Development Party (PJD) asked Lahcen Daoudi, Minister in charge of General Affairs and Governance, to help solve the problem.

Rabat –  A scandal revolving around insect-infested flour has flooded news headlines in Morocco after a member of Justice and Development Party (PJD) asked Lahcen Daoudi, Minister in charge of General Affairs and Governance, to help solve the problem.

Moroccan daily newspaper Assabah reported on Wednesday that bags of worm-infested flour are currently circulating in rural markets in the Chichaoua province. The issue was mentioned by PJD member Hicham Mehjari during a question-and-answer session held at the Parliament in Rabat on December 11.

The parliamentarian said that the flour bags sent to some provinces are infested, claiming that certain parties have a monopoly over the distribution of flour in poor provinces

Daoudi was then summoned to answer Mehjari’s questions. He revealed that he was aware of the issue of infested flour, but said as he cannot control everything from his office, he would send a delegation to control the flour quality.

The minister added that Mustapha El Khalfi, the government spokesperson, told him that there were cases of insect-infested flour in some markets in Sidi Bennour province, in the Casablanca-Settat region, as well. Daoudi said would take the necessary measures and carry out an investigation in the rural provinces where these bags of flour are being sold and would shutter the mills responsible.

“We are responsible of punishing those involved, and ready to send investigators to the provinces in question to prosecute spoilers,” said the minister.

Daoudi added that “corruption exists and we should cooperate together to close the mills of corrupt people and prosecute them.”

The Ministry of General Affairs and Governance has made an investigation into different mills across Morocco, which are involved in producing and distributing infested flour bags to “poor citizens,” added the newspaper.

A source close to Daoudi told Assabah that the minister will present the investigation’s findings to the prosecution in order for the mill owners to be punished.

The file includes more than 10 owners of mills, added the newspaper

Thirty-five to 40 million quintals of wheat are produced in flour mills in Morocco every year. Eight million quintals are subsidized by the State through the Compensation Fund and sent to isolated areas in the country. 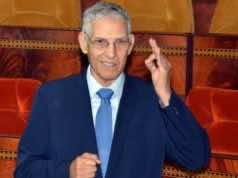 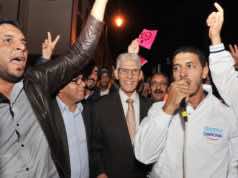 The Downfall of a Minister Who Stood Against Citizens’ Demands 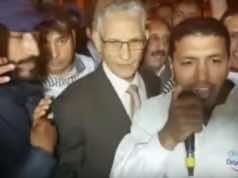 Uproar in Morocco After Minister Participates in Sit-in Against Boycott