Morocco World News
Home Culture The Role of Art in Africa in the Menu of Third Annual...

The four days event is initiated by a network of Moroccan artists based in Fez, who seek to bring together researchers and artists from around the world to “explore the role and potential of the arts in a modern world.”

Themed “Africa for the Africans,” the event aspires to debate around the role of arts in Africa, and whether the arts can lead to new social, regional and national policies.

The artistic expressions to be discussed during the gathering are “Photography and Documentary Films in Africa,” “Sufism, Religion, Rituals and Their Artistic Expressions in Africa,” “Contemporary Art in Africa” and “Language Exchange in Africa.”

Organized in partnership with the French Institute of Fez, the Regional Council of Tourism, Fez American Language Center and Cervantes Institute, this event will see the organization of conferences, exhibitions and music concerts.

The event’s organizers see that “like Fez, Morocco today assumes a role of modern bridge between countries, continents, politics and cultures.”

Founded by Moroccan photographer Omar Chennafi in 2016, the gathering gives artists the chance to show off their work and to learn about artists from other parts of the world.

“The development, history, arts and culture of Fez and Morocco are inseparable from those of other countries in Africa, the Mediterranean and Southern Europe,” Chennafi said, adding that “constant interaction is essential for mutual development.”

Among the artists invited to participate are art curator, Yvon Langue and photographer M’hammed Kilito, whose past projects have focused on the identifying hallmarks of daily Moroccan life. 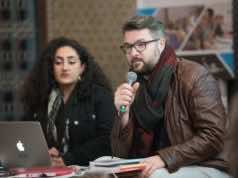 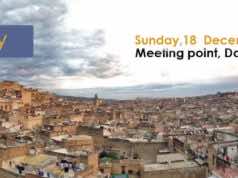 Fes Photography Rally: a Rally through the Past and Future

I Didn’t Choose to Be a Photographer, Photography Chose Me: Omar Chennafi