Rabat - In the wake of the protests in the Oriental region against social injustices and after the deaths of three miners, the Wali of the region has created an “outline of an ambitious plan of socio-economic development of the province." The release of a comprehensive action plan comes two days after the head of government's visit to Oujda. 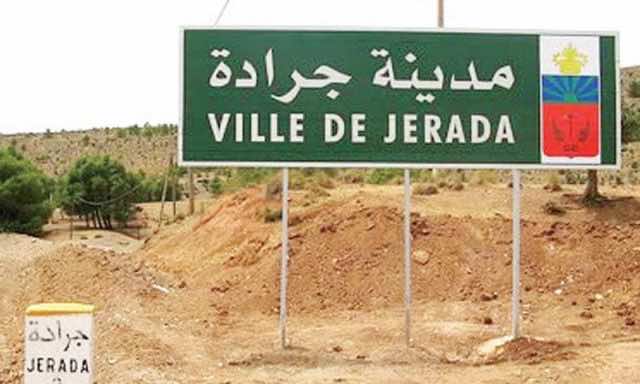 Rabat – In the wake of the protests in the Oriental region against social injustices and after the deaths of three miners, the Wali of the region has created an “outline of an ambitious plan of socio-economic development of the province.” The release of a comprehensive action plan comes two days after the head of government’s visit to Oujda.

Mouad El Jamai, the Wali of the Oriental Region and governor of the prefecture of Oujda-Angad, said on Monday in Jerada that he prepared an outline for a plan that would meet the expectations of citizens.

The plan, presented at a meeting with youth representatives in the province, includes “effective measures that place the citizen at the center of the agenda and meet residents’ expectations in terms of employment, improved living conditions and life, accompanying social changes and preserving the environment.”

He said that it includes emergency measures including the creation of some 1,000 jobs, out of which 300 would benefit workers involved in clandestine coal mines. If the plan is implemented, and with the active support of local stakeholders, the mining city will see the launch of an expansion of the city’s industrial zone that will house various economic production units and micro-enterprises that will generate about 1,500 additional jobs in the short term.

The plan will also better organize the work of miners by connecting them with mining companies and cooperatives while offering them the opportunity to market and sell their coal production to the National Electricity Board.

Meanwhile, the National Initiative for Human Development (INDH) will open a new branch at its headquarters in the province which will identify and support specialized proposals by stakeholders and entrepreneurs who wish to start job-generating projects. Projects will benefit from technical assistance and project promotion.

In parallel with these emergency measures, an employment program was set up to create 5,000 direct jobs in several sectors, including agriculture with the mobilization of 3,000 hectares of land for farming.

This plan also includes 108 projects to reinforce the infrastructure, fund road construction, and support education, health, water and electricity sectors. The comprehensive development program, which will span 2018 to 2023, promises a reduction in social and economic disparities in the region with an overall program cost of MAD 500 million dirhams.

The INDH will also work on creating recreational sites in the city, including a swimming pool, library and a youth center. The plan also includes the establishment of a project support fund for designated at-risk populations including young people in the province, unemployed miners, as well as single and destitute women who lack family support.

In terms of urban development, the plan will focus resources in high-poverty neighborhoods and it includes the creation of a mining museum in Jerada to preserve the heritage of the province, while “other projects will soon see the light of day,” said the Wali.

Under the plan, the region will see the extension of the Practical School of Mines and the construction and the equipping of a vocational-technical school, envisioned as an Institute of Applied Technology (ISTA) of Jerada. The institute will recruit and train unemployed young adults for careers in the thermal stations.

In the health sector, the emphasis was placed on strengthening the human and physical resources of the Jerada Provincial Hospital. This includes the assignment of three doctors specializing in cardiology, respiratory diseases and rheumatology, the organization of medical caravans for the region and the addition of two ambulances for the benefit of the Provincial Delegation of Health.

The Wali said that steps were taken to initiate an investigation into the HOM liquidation process and the immediate suspension of five mining licenses.

In terms of problems related to unpaid water and electricity bills, accommodation will be granted to consumers regarding the payment of arrears and their rescheduling, late payment penalty forgiveness, and the application of monthly invoicing on the basis of an accurate monthly consumption. Additionally, there will be a distribution of low-energy usage lamps for families in need.

The National Office of Electricity and Drinking Water (ONEE) is also committed to the installation of prepaid meters in urban areas, after completion of regulatory procedures.

The Wali concluded that three power station units (1, 2 and 3) of the Jerada thermal station were closed because of their negative impact on the environment. The fourth unit is still used as it meets international standards.