Rabat - The Court of the Spanish Enclave of Ceuta has released the father of the eight-year-old Ivorian boy smuggled in a suitcase from Morocco. 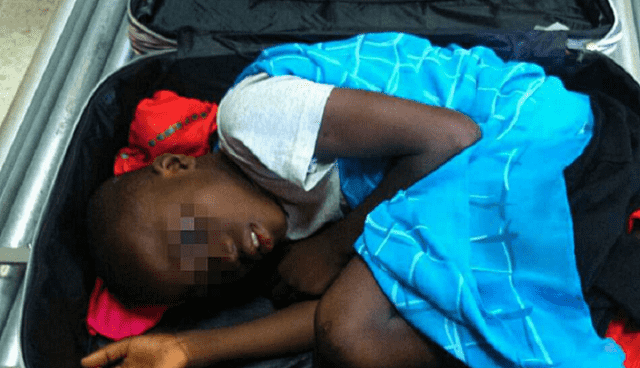 Rabat – The Court of the Spanish Enclave of Ceuta has released the father of the eight-year-old Ivorian boy smuggled in a suitcase from Morocco.

On May 7, 2015, a Moroccan girl was dragging a heavy suitcase at Ceuta’s border, when, scanning the suitcase, civil guards saw the silhouette of a child crammed in a fetal position, report the Agence France Presse.

“My name is Adou,” the boy told the agents in French, according to Spanish journalist Nicolas Castellano, who wrote a book about the young boy’s story.

In hopes of saving his 45-year-old father from a more severe punishment, Abou, now 10, told the court on Tuesday that he was forced into the suitcase by a “Moroccan girl.”

The prosecution initially sought to sentence the father, Ali Ouattara, to three years in prison on charges of human trafficking and putting his child in danger.

“The child’s life was endangered, he was inhumanly curled up in a tiny suitcase, without ventilation,” judge Fernando Teson said when the trial began.

But before going to trial, Ouattara, who had already spent one month in pre-detention jail, told AFP that “I’m very confident because I’m not a human trafficker. I was not going to trade with my own child.”

Indeed, by the end of the trial, the judge sentenced the father to a fine of 92 euros, because it was not proven that the defendant “knew how his son was going to be smuggled into the country.”

Former professor of Philosophy and French in Abidjan, Ouattara arrived illegally to Spain in 2006 on a makeshift boat with other sub-Saharan African migrants.

Having left Côte d’Ivoire in the midst of a crisis, it took Ouattara years to obtain a residency permit, a stable job, and accommodations in Spain before he was able to legally bring his wife and daughter to the country. However, he was unable to bring his son Adou because Spanish authorities deemed his 1,300 euros monthly salary insufficient for the family’s expenses.

“The Spanish administration had refused me four times. They said my salary was not enough,” he said.

Ouattara continued to explain that Abou was left alone in the Ivory Coast after his grandmother died.

“For us, it was crucial for the child to come, we couldn’t live without him, we couldn’t stop thinking about him.”

Ouattara decided to pay 5,000 euros to a network of smugglers, to bring his son to him. In May 2015, he was delighted to learn that his son had arrived safe and sound to Spain.

Shortly after his son’s arrival, the man was arrested at the Ceuta border post, where he had planned to meet the boy.

He said he was “deceived” by the network of smugglers who told him that Abou would be brought to Spain by car and he was not aware that the boy would be smuggled in a suitcase.

The young Moroccan woman who carried the baggage is wanted by the court and faces six years in prison.

Abou and his family currently live in a Paris suburb.