Rabat - The United Nations Children’s Fund (UNICEF) has unveiled a new report about the troubling issue of newborn deaths around the world on February 20. 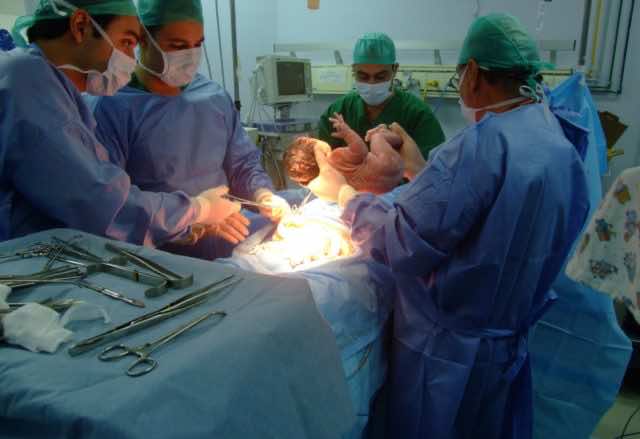 Rabat – The United Nations Children’s Fund (UNICEF) has unveiled a new report about the troubling issue of newborn deaths around the world on February 20.

2.6 million babies die before turning one month old, with 2 millions of them dying on the day of their birth. And another 2.6 are stillborn. How did Moroccan babies fare?

The report started by highlighting the hardships that millions of mothers, babies, and health worker from a round the world go through.

“Imagine for a moment that you are about to give birth. You are at home, accompanied only by a few members of your family. You are in pain, but you have no access to a doctor, nurse or midwife. You know there is a real risk that both you and the baby you have been waiting to meet may not survive the birth. Even if you and the baby survive, you know that the coming days and weeks will be filled with danger,” read the report

Newborn’s death prevention is complicated given the fact that no single drug and intervention can be provided and requires a “system-wide approach”; however, the report maintains that the majority of these deaths could be prevented with a global commitment to newborn survival. “We are failing the youngest, most vulnerable people on the planet – and with so many millions of lives at stake, time is of the essence,” said UNICEF

Additionally, Millions of lives could be saved through basic services such as affordable healthcare, good nutrition, and clean water. All of which are out of reach for many.

Morocco ranked fourth in the Maghreb region with a neonatal mortality rate of 17.8 per 1,000 live births. This is especially shocking given the fact that Libya ranked first with mortality rate 7.1 per 1.000 live babies, regardless of the country’s current circumstances. Morocco came one step above Mauritania where the rate is 33.7.

Although newborn survival is closely linked to the country’s income level since high-income countries have an average newborn mortality rate 3.3 compared to a rate of 27 in low-income countries, it is by no means the only factor.

Given the high numbers and the frequency in which newborn’s death happen, UNICEF refuses to see it as a mere statistic and insist that each and every one of these deaths is a tragedy that can and must be changed, and aims to save 16 million newborn lives by 2030.