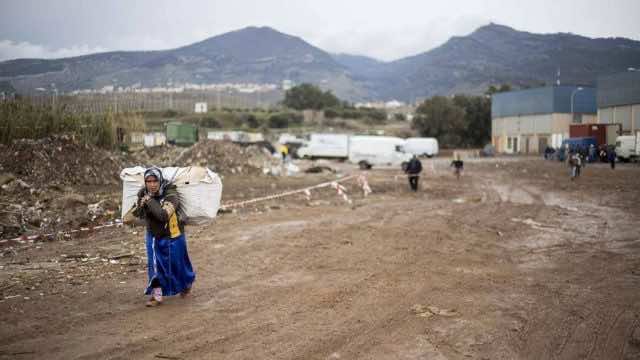 Rabat – International Women’s Day is an opportunity to celebrate the “social, economic, cultural and political achievements of women. The day also marks a call to action for accelerating gender parity.

But women struggles in a male-dominated society continue to  go underappreciated, and the obstacles that stand in the way of obtaining justice for women remain largely unacknowledged.

Hence, International Women’s Day is a  suitable time to look back at some of the major stories that drew the public’s attention to the suffering of Moroccan women  during the year 2017-2018. It is important to acknowledge the severity of the discrimination facing women, so that something can be done about it.

Amid August heat, a video of a girl being assaulted on a bus in Casablanca by a gang of teenage boys sparked outrage and ignited bitter debate about sexual harassment in Morocco.

According to authorities the heart-wrenching video, which was  shared on social media, shows four boys molesting a woman with a learning disability. The men met her tears and cries for help with careless laughter, while the bus driver and passengers displayed utter  nonchalance.

While empathy for  the victim seems the most suitable and natural reaction, many have instead pointed fingers at her, accusing her of “dressing inappropriately,” and thus of bringing the harassment upon herself.

On August 23rd, approximately  300 protesters gathered at the United Nations Square in Casablanca, and in front of the Parliament in Rabat. They gathered together in solidarity with the victim.

“How many women must endure rape, die, or kill themselves before the government does something?” shouted the protesters. “What about those whose assaults have not been  documented? Where is the justice for them?”

According to a national survey, around two-thirds of Moroccan women have experienced physical, psychological, sexual, or economic abuse amid an absence of effective laws and regulations to protect them.

“The 103.13 ‘Violence Against Women’ bill has been gathering dust in the parliament’s drawers since 2013,” proclaimed the spokesmen of a feminist collective in Rabat.

A couple of days prior to the protests, the authorities announced that they had  apprehended six teenage males (aged 15 to 17), and placed them under surveillance amid. Protesting voices blamed the aggressors’ criminal behavior on teenage recklessness and—once again,—their victim’s clothing. 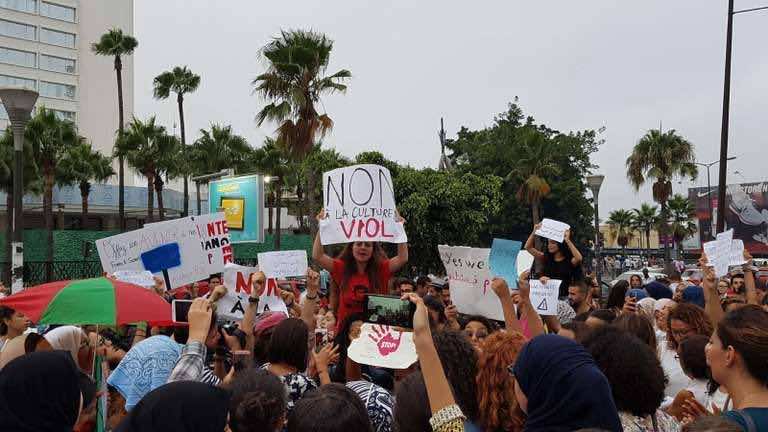 2018 kicked off with a tragic accident. At the gates of Ceuta’s border, two Moroccan women were crushed in a human stampede, and several others were left injured.

This is not the first incident of its  kind. In Ceuta and Melilla, thousands of “mule women” cross the Morocco-Spain borders each year, carrying heavy bundles that sometimes weigh over 70 kilos. These bundles contain goods such as food, and second-hand clothes that sell for as little as 10 euros.

June 2017, the Moroccan and Spanish governments agreed to prevent all of these so-called “human mules” from crossing the borders through Ceuta’s El-Tarajal II at  the same time.

This consensus came as an answer to Moroccan authorities, who requested help in decreasing pedestrian traffic at the border, allowing women to cross only on Mondays and Wednesdays, while permitting men  to cross on Tuesdays and Thursdays.

In Melilla, NGOs estimate the number of these women at a staggering 5,000-8,000. But reportedly, Spanish authorities , tolerate this phenomenon because it is profitable for the autonomous city.

If reluctantly, these “mule women” take on the role of family breadwinner that is traditionally assumed by men. They  risk their lives to put food on their families’ tables. Although the stampeding accidents are fatal, the bigger risks to these women are the  long-term effects of continuing to bear heavy weights despite, in many cases, suffering from health conditions. Women’s physique is not as naturally strong and muscled as that of men’s, and their bodies often suffer the consequences from the strain of hard, physical labor.

“When I die, I know I am going straight to heaven. Why would God punish me any longer? He hasn’t given me anything in life, except  suffering.” Said one of the “human mules” to Portuguese photographer Gonçalo Fonseca.

After years of anticipation and desperation for a law to ensure some of women’s basic rights, the Moroccan government finally had a chance to take action with law 103.13—but expectations for the law were not met.

This year, Valentine’s day witnessed the passing of the long-awaited violence against women law by the Moroccan House of Representatives. But those who actually read beyond the “shiny” title will find themselves utterly disappointed.

As a matter of fact, this law was deemed mere a “window dressing” that aims to present Morocco to the west as a country that protects women’s rights while the facts beg to differ.

The law increases prison time and fines for certain acts of violence; for example if the perpetrator is a relative of the victim, or if the victim suffers from a disability.

However, the law fails  to address the real issues, as it does nothing to protect women, or to ensure that those in charge of women’s security execute their duties. It also does not offer concrete services to victims of violence.

When it comes to sexual harassment, 103.13 expands the definition to include the workplace for the first time. However, it falls short of  offering sincere solutions, as it does not address sexual violence.

Rape survivors are often discouraged by their victim-shaming culture from  reporting crimes. There is also a law that criminalizes sexual relationships out of wedlock without differentiating between consensual intercourse and coerced sex. As a result, only three percent of rape cases get reported—a staggeringly low percentage. The new regulation has performed mediocrely in this regard, adding to the distress and silence that surround sexual violence and its victims.

The law also ignored marital rape, although women across Morocco emphasized  its urgency.

Moments after its adoption, the Alternative Movement for Individual Liberties (MALI) and other associations declared the need to address this issue.

While many have supported MALI’s move, others seemed unwilling to fathom the notion of marital rape—mostly based on a famously disputed Hadith that states, “If a man calls his wife to his bed and she refuses [and does not come], and he spends the night angry with her, the angels will curse her until morning.”

In an interview with Morocco World News, Stephanie Willman Bordat, human rights activist and founding partner of Mobilizing for Rights, asserted that these conflicting opinions do not exempt the government from creating a just law that criminalizes all forms of abuses.

“People will always find a host of excuses to justify violence against women, but that does not exempt the government from doing its job. The government is still obligated to make marital rape illegal and provide services for women who suffer from it,” affirmed Bordat.

While these stories have piqued medias’ interest, many others remain untold waiting for tragedy to ignite the public’s anger and, hopefully, make a change.