Rabat - Illegal hunting threatens the survival of the Magot monkey, a species known as "Barbary Macaque" in Morocco, warns the High Commissioner for Water and Forests and the Fight Against Desertification (HCEFLCD). 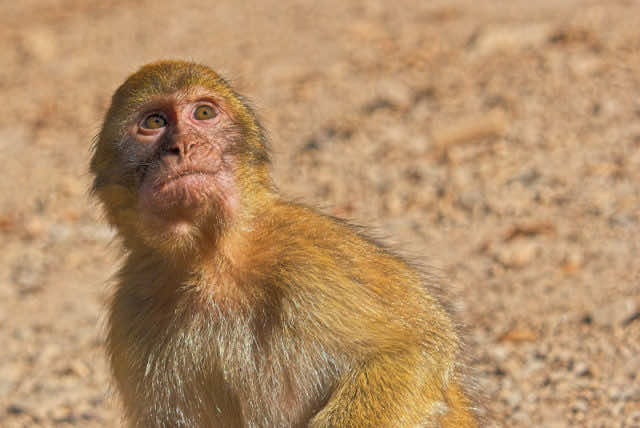 Rabat – Illegal hunting threatens the survival of the Magot monkey, a species known as “Barbary Macaque” in Morocco, warns the High Commissioner for Water and Forests and the Fight Against Desertification (HCEFLCD).

The destruction of the Magot habitat of this species is caused by overgrazing,  diminishing populations from the illegal trade of Magot, and as well as the climatic changes that affect Moroccan forests and water scarcity of water resources.

Although the preferred habitat of the Magot Monkey is old-growth large-tree forest, a rich and diverse herbaceous layer, and the presence of water, the species has colonized various habitat types, including mixed cedar and oak forests and rocky mountains, devoid of vegetation.

Some key populations of the Magot monkey maintain limited habitat to the cedar forests of Sidi M’Guild, Ifrane, and Michlifen; the green oak forests of Ain Leuh and El Hammam, between Azrou and Ain Leuh; and the southern forests of Ouiouane.

The Middle Atlas hosts about 67 percent of the last remaining Magot monkey in the world. The total number of monkeys has decreased by 65 percent over the last three decades, from 15,000 to 5,000, reports the HCEFLCD.

The species can also be found in certain areas of the High Atlas, with an estimated population of 1,000, as well as in the Rif where the population is currently at 2,000.

“Despite the measures taken, the species is subject to several threats, in particular, the loss of its habitats, poaching, and the illegal trade of these monkeys, used as pets,” the High Commission said, days after the celebration of World Wildlife Day.

Magot monkeys are classified as “vulnerable” by the World Conservation Union (IUCN) and listed in the appendices of the Convention on International Trade in Endangered Species of Wild Fauna and Flora (CITES) among species whose international trade is prohibited.

The HCEFLCD indicated that it has implemented several measures for the protection of the species in its natural habitat, based on a national action plan for endangered species. 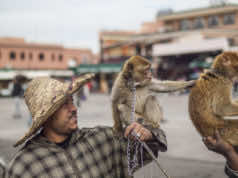