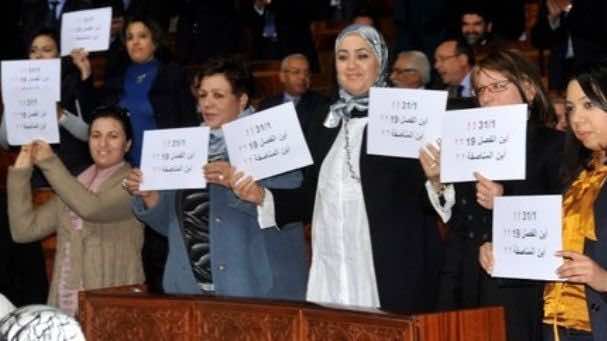 Rabat- The 17th edition of women’s symbolic tribunal held in Tangier on March 17 highlighted the “feminization of poverty” through testimonies of women working under inhumane conditions.

The secretary general of Union of Women’s action (UAF) section in Tangier, Hakima Cherkaoui, said that the tribunal  seeks to break the silence on women’s suffering, and noted that “women generally lack protection, face multiple constraints, and are deprived of rights in the workplace.”

In a statement to Maghreb Arab Press (MAP), Cherkaoui asserted that this event relies on unveiling testimonies  of the struggles women endure in an effort to earn a living. “As Moroccan citizens and activists, we aim to preserve women’s rights through these symbolic hearings,” Cherkaoui added.

Cherkaoui further maintains that Moroccan women have yet to attain all their economic rights, as they face more constraints in the labor market than men.

In another intervention, UAF’s Secretary General for Tetouan, Halima Larbi, stressed that although poverty affects large sections of the population, it affects twice as many women as it does men.

Larbi asserted that with the exception of Tangier, the majority of cities in the region lack factories and businesses to absorb women’s unemployment. This dire lack of employment has driven many women to smuggle through the Spanish borders, thus becoming virtual “human mules.” These women have no rights to  protect them against the inhumane working conditions, and the reportedly cruel treatment of the Spanish authorities, and are forced to risk their lives in a last-ditch attempt to economically survive

Larbi also maintained that the statistics do not reflect the reality of widespread poverty among women in rural and semi-rural areas, noting that society discriminates against women and deprives them of their economic rights and the chance at a better life—especially because  families typically favor boys’ education.

As a UAF event, Women’s Symbolic Court is an important tool for  mobilizing for women’s rights in Morocco.

Calling for women’s rights since 1983, UAF is a non-profit organization which started as an informal group under the name of “8 March Movement,” in reference to International Women’s Day. The group has since developed into an organized movement and became UAF in 1987. 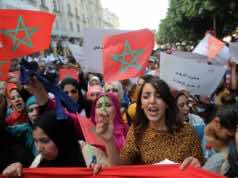 Women’s Rights and the dilemma of Arab Spring

Women’s Rights and the dilemma of Arab Spring