Rabat - Finland has opened the trial of Moroccan asylum seeker and alleged radical Islamist, Abderrahman Bouanane, who is responsible for stabbing two people to death and leaving eight others injured in Turku, southwestern Finland, on August 18, 2017. 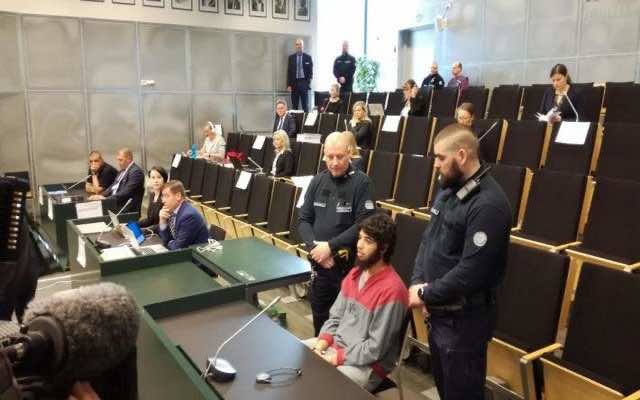 Rabat – Finland has opened the trial of Moroccan asylum seeker and alleged radical Islamist, Abderrahman Bouanane, who is responsible for stabbing two people to death and leaving eight others injured in Turku, southwestern Finland, on August 18, 2017.

According to the same source, police authorities declared in February that Bouanane is an Islamic State’s sympathizer, whose crimes were “motivated largely by hatred after heavy bombardments by the Western-led coalition in Syria.”

The Finnish National Bureau of Investigation revealed in August that Bounane, 23 years old, falsely identified himself as a 17-year-old Abdelrahman Mashkah, upon his arrival to Finland in 2016 and sought asylum as an unaccompanied minor.

During his first hearing in August, Bouanane confessed, from his hospital bed, to carrying out the attacks, but denied having any lethal intentions or terrorist motivations in mind.

“(My client) admits to manslaughter and injuries. But based on what the investigator has presented thus far, the crime was not necessarily with terrorist intent,” said Bouanane’s lawyer, Kaarle Gummerus, during the first hearing.

These crimes are believed to be the first terror-related attacks in Finland. The Finnish intelligence service received a tip-off earlier in 2017 regarding the alleged attacker’s religious radicalization.

However, Bouanane, who had no previous criminal record in Finland, was not in the service’s list of the 350 people monitored in the terrorism prevention program.

If proven guilty, Bouanane could spend a lifetime in jail, as sought by the prosecutors.