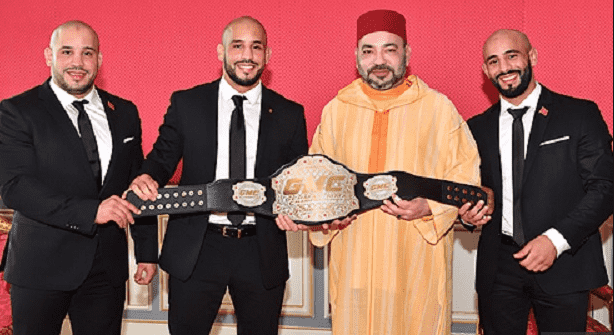 The King received Azaitar, the first Moroccan to sign with the Ultimate Fighting Championship (UFC) and his champion brother Ottoman, who won the world championship of the Brave Combat Federation.

The champions were accompanied by their manager and member of the training staff, Omar Azaitar.

The brothers took to their Instagram accounts to express their pride and honor for taking part in the Friday prayer with the King.

“We love him and appreciate him a lot! May Allah protect and support him. Thank you so much for the invitation your majesty,” wrote Ottman.

The meeting came a few days after King Mohammed VI return to Morocco from France, where he spent several weeks in recovery following his successful heart surgery.

The monarch appointed new ambassadors to Morocco, handing down their appointment dahirs on Friday evening.