Rabat - As the #Let_it_Spoil boycott campaign grows in intensity and scope, angry consumers are showing no sign of retreat, despite repeated apologies from the targeted companies. 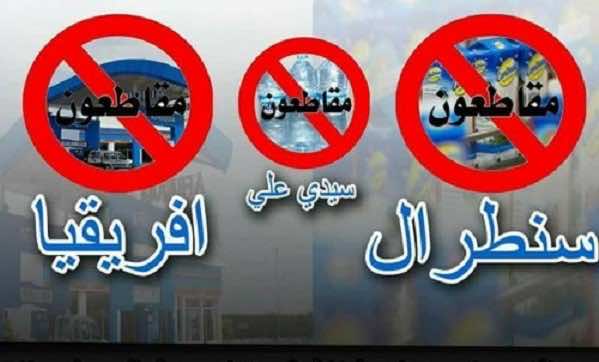 Rabat – As the #Let_it_Spoil boycott campaign grows in intensity and scope, angry consumers are showing no sign of retreat, despite repeated apologies from the targeted companies.

Since the campaign’s launch on April 20, the boycott has already demonstrated the Moroccan public’s ability to impact sector monopolies.

Akhbar Al Yaoum added that Centrale Danone may have lost up to 20 percent of revenue from April 20-30, a loss that will likely increase as the boycott has shown no signs of ending any time soon.

Despite these noteworthy numbers, the campaign has been labeled a target of derision and dismissal by the company heads.

At the International Agricultural Fair in Meknes (SIAM), Minister of Agriculture and Afriquia CEO Aziz Akhannouch raised a glass of Centrale Danone milk alongside other officials, in a patronizing gesture of solidarity with the boycotted company.

More recently, the Purchasing Director of Centrale Danone, Adil Benkirane accused the online protesters of treason, increasing the already-high tension between the company and Moroccan consumers.

Such condescension has struck a resounding chord at the heart of the public’s frustration with the three companies.

With Ramadan less than two weeks, the stakes of the boycott are increasing each day. The concerned companies, especially the French-owned dairy company, Centrale Danone, finally seem to realize the potentially devastating implications, if boycotters decide to extend the campaign into the holy month.

Ramadan represents the company’s most profitable month, leading annual dairy production and sales, as milk is a traditional drink served alongside iftar dishes after the fast.

In a video published yesterday evening, the vice president of the company, Abdelkarim Likaymi, offered a company apology, emphasizing that Benkirane’s prior disdain does not reflect in any way the factory’s official stance on the boycott.

Benkirane also offered a personal apology on May 1, saying that he was not intending to offend Moroccan consumers, but rather aimed to emphasize that farmers need for consumers’ support.

As the boycott continues, consumers are telling the companies to save their words and devote more efforts to decreasing product prices. Commenting on the apology videos and Centrale’s statement, consumers reiterated that the campaign’s motive is to urge the companies for “an immediate decline in prices, rather than empty promises.”

Another protester criticized Benkirane’s apology message, writing, “Resignation is a must! [An] Apology is required in the form of re-evaluating the product prices by the company board.”

“We don’t need apology, we need prices to be lower.”

Recently, the boycotters have expanded their messaging to encompass the companies’ notable lack of public response to the protesters.

Afriquia gasoline and the Sidi Ali have still not released any official statement on the boycott.

Furthermore, consumers are criticizing the companies’ failure to outline a crisis management plan (CMP), which would have precipitated the timeliness and efficacy of company responses.

Morocco World News recently surveyed dozens of shoppers and grocery store workers in Rabat about the boycott, and the majority of respondents announced their solidarity with the campaign.

“I am boycotting the three of them [Sidi Ali, Centrale Danone, and Afriquia],” said one shopkeeper in the Hassan neighborhood in Rabat. Shop owners in Fez and Sale echoed the sentiment.

Earlier this week, a Centrale Danone truck driver confirmed to Morocco World News that several shopkeepers rejected the company’s goods due to the decrease in demand.

Centrale Danone staff was expected to meet this week to discuss potential solutions to reduce major losses in the future.

It remains to be seen whether the companies will meet the demands of citizens and decrease the prices of their products, or risk the long-term financial blow that will certainly follow.