Morocco World News
Home News Morocco How do Moroccans Date in the Era of Online Dating?

Rabat- The proliferation of the internet today has paved the way for many individuals to connect with each other and even to find love, sex and companionship at the click of a button, leaving behind the need for the traditional khtabbat (female matchmaker). 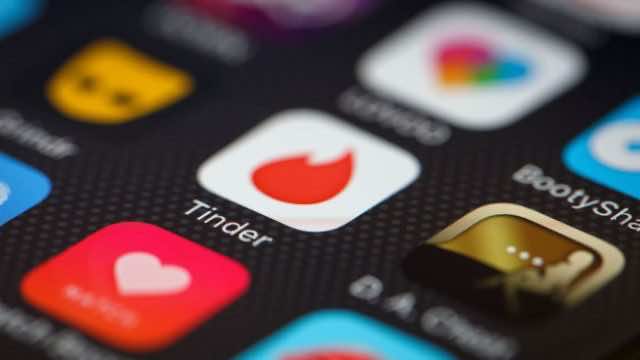 Rabat- The proliferation of the internet today has paved the way for many individuals to connect with each other and even to find love, sex and companionship at the click of a button, leaving behind the need for the traditional khtabbat (female matchmaker).

Several dating applications, available for almost every city, sexual orientation, religion, race and interest, have conquered Moroccans’ smartphones and altered traditional methods of meeting romantic partners. Happn, Spotted and the most famous application Tinder, have taken dating to another level, providing their users with an infinity of potential relationships in their vicinity.

With an estimated 91 million people using dating websites and applications around the world, the straightforward application Tinder is massively popular. Indeed, only two years after its 2012 launch, the app registered more than a billion “swipes” a day.

With Tinder’s “swipe to like” approach, users can swipe right to like or left to reject. If someone likes them back, it’s a match—a match that could signal the beginning of a life-long relationship or just a one-night stand, depending on the individuals’ pre-existent preferences that technology reinforces.

Tinder CEO Sean Rad defended the app, saying, “All Tinder’s doing is we’re connecting people…. What you want to do with that connection is completely up to you. Sometimes there’s marriages, friendships and everything in between … There are Tinder babies. There are many Tinder babies!”

Since 2015, Tinder has gained popularity among Moroccans, with more than 150,000 users in the country. Happn, which is also a location-based application, has swept more than 110,000 Moroccan smartphones, by connecting people who crossed paths within 250 meters of each other throughout the day.

A sexual revolution or a modern matchmaker?

Speaking to Morocco World News, Jean Zaganiaris, a French sociologist and author of the book “Queer Morocco: Sexuality, gender and (trans) identities in Moroccan literature,” asserted that “Online dating is indeed gaining ground in Morocco.” However, it would be questionable to talk about any “sexual revolution” on social networks given the diversity of ways Moroccans use social networks.

“The behaviors on dating websites and applications range from playful roleplay to physical meeting, to platonic love. Not to mention all the meetings, including the short-lived ones, which are not done in the virtual sphere. What these dating apps have of interest relates to a certain desire of becoming autonomous of the spheres of socialization, in particular of the family,” Zaganiaris said.

“Online dating apps are not like any other social media apps. People don’t try to accumulate specific credits, there is no number of followers on Tinder, like Instagram. You define yourself to only one person, not to a public or a number of followers, and you direct your attention to one person. For dating it’s something effective, but can not be used for social interactions,” argued Hamza, a 24-year-old student living in Rabat.

Some have praised the faster pace online dating applications allow, making it easier for people who are not socially active to seek relationships.

“Just by a chance you can find someone from your workplace, or in the same university. [It is] a great and easy way to stumble on someone that you couldn’t approach in real life,” explained Sara, a 25-year-old graphic designer.

Meanwhile, others see dating apps as a means for hookups that could not result in lasting partnerships.

“These apps are more valid for one night stand[s], and rarely can turn into serious and mature relationships,” asserted Mehdi, a 22-year-old graduate student from Rabat.

Brahim, a 29-year-old from Marrakech, went further, saying he used Tinder once and deleted it after a very short time, since the concept did not appeal to him.

“Having only the picture and the geographic location as a way to choose people is not sufficient, unlike Facebook through which you have the opportunity to see more aspects about the people before talking to them. The app looks like a prostitution app, not a real platform of networking with people. Users are reduced to simple objects, I like this person, I don’t like this one. It is very degrading,” Brahim maintained.

Finding a compatible partner involves several steps that all require an investment in time. In the same vein, some have claimed that converting swipes to dates is not as easy as it sounds.

“At the beginning, it’s like a game, it boosts your ego when you have a match, but it takes too much time and organization to find a date. Sometimes, you find yourself communicating with so many people all the time. But there’s nothing I hated… [more] about Tinder than the girls who want to text me for ages and never actually take a further step to meet in person. I realize that I spend a lot of time on it while it is not necessarily conclusive,” complained Omar, a 22-year-old student.

Some interviewees made the point that these applications are able to break social taboos, claiming that they can be an excellent tool for women’s sexual emancipation. Others argued that some women still have difficulty acknowledging their choices.

“Whenever I meet a girl, the first thing she tells me is that I am the first person she meets. It’s hard to believe that all the time. Unfortunately, many women do not… [admit] being on these apps,” Nabil, a 25-year-old worker from Rabat. 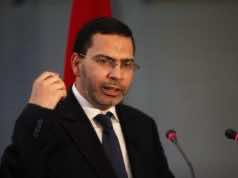