Rabat - The Marrakech Court of Appeals has sentenced three men to 20 collective total years in jail for the attempted rape of a teenage girl in Benguerir, near Marrakech.

Rabat – The Marrakech Court of Appeals has sentenced three men to 20 collective total years in jail for the attempted rape of a teenage girl in Benguerir, near Marrakech.

Three perpetrators were arrested and sentenced after forensic evidence confirmed the assault, which was videoed and posted on social media.

The court sentenced the attempted rapist to 10 years in prison. The 21-year-old man was seen forcibly removing the young girl’s clothes touching her inappropriately as she screamed, “Don’t you have a sister?”

The second perpetrator, a 20-year-old, accused of recording the video in concert with the aforementioned perpetrator, with the intention of blackmail and defamation, was sentenced to 8 years.

The third, a 23-year-old man, was accused of neglecting to report the crime, since he was the first to receive the recorded video. Consequently, he was sentenced to 2 years.

The incident sparked anger among social media users, who said the attempted rapist and his partner should receive the strictest possible punishments.

Sexual violence has long been a controversial issue in Morocco, but recently, the issue has become a nationwide topic after multiple sexual assault and rape cases were highly publicized on social media. 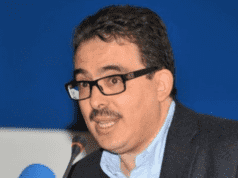