Rabat - The prestigious hotel la Mamounia of Marrakech has been awarded “Best Urban Hotel in the World” in the Spanish version of UK travel magazine Condé Nast Traveler. 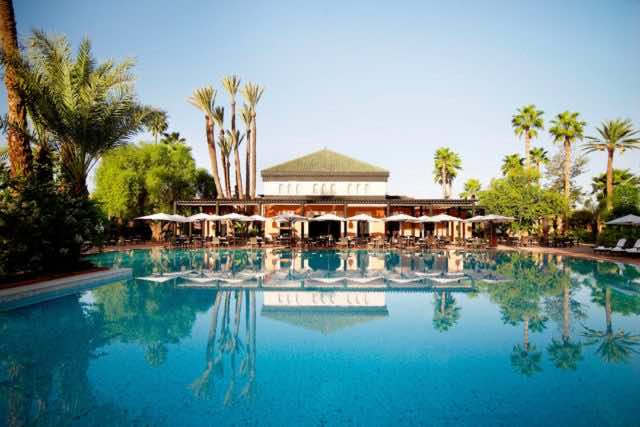 Rabat – The prestigious hotel la Mamounia of Marrakech has been awarded “Best Urban Hotel in the World” in the Spanish version of UK travel magazine Condé Nast Traveler.

Managing Director Pierre Jochem received the award Thursday, May 10, during the 10th ceremony of “Traveler 2018 Awards.”

The hotel has won numerous awards since it reopened in 2009. The award confirms la Mamounia’s position as the flagship of the Moroccan hotel industry.

La Mamounia was built in 1923 but received a makeover at the hands of French designer Jacques Garcia in 2009.

In traditional Moroccan style, complete with intricate patterns and arabesques based on Berber and Arab-Andalusian architecture, la Mamounia is set in royal gardens, marked by Moorish opulence. The hotel, situated near the famous Jamaa El Fna Square has 209 rooms (including 71 suites), gardens, a spa with hammams (Moroccan traditional baths), and three riads.

In 2016, the British newspaper The Independent ranked la Mamounia’s garden  the fourth best garden retreat in the world.

In 2015, the hotel was ranked the world’s best hotel in Conde Nast Traveller’s annual reader poll.

La Mamounia’s spa was named the world’s best hotel spa by the same magazine in 2011, Hotel of the Year in 2010 by Tatler Travel Guide, and Best Resort in 2010 by Travel and Leisure.