Rabat - Head of Government Saad Eddine El Othmani, along with a Moroccan delegation, landed in Russia on Sunday to meet the Moroccan ambassador to Russia. The officials discussed how the Moroccan embassy is mobilizing itself to welcome Moroccan fans who will travel to cheer on their team in the 2018 World Cup. 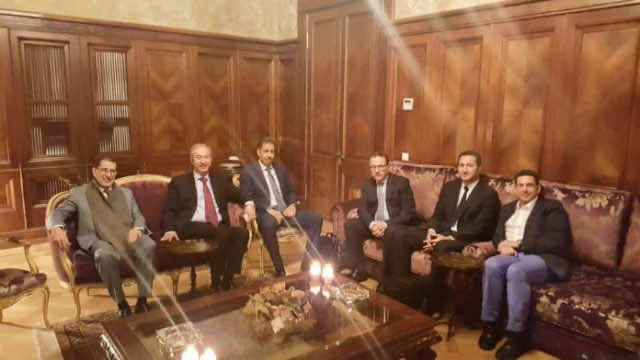 Rabat – Head of Government Saad Eddine El Othmani, along with a Moroccan delegation, landed in Russia on Sunday to meet the Moroccan ambassador to Russia. The officials discussed how the Moroccan embassy is mobilizing itself to welcome Moroccan fans who will travel to cheer on their team in the 2018 World Cup.

El Othmani wrote on his Facebook on Sunday that the brief visit covered many topics, including “preparations for the Moroccan participation in the 2018  World Cup, the reception of Moroccan supporters in Russia and other national affairs such as Morocco’s territorial integrity.”

Only 23 days remain until the world premier tournament, which will kick off on June 14.

The presence of Moroccan fans in Russia is expected to boost the national team, as many footballers rely on the support of Moroccans.

In a statement to Maghreb Arab Press in April, Moroccan ambassador to Russia Abdelkader  Lachheb said that the information packets will provide assistance with public transportation, travel documents, and the FAN ID required by Russian authorities to attend matches.

“The validity of this identification document, which should be carried throughout the tournament, starts ten days before the first match and extends to ten more days after the final match,” Lachheb explained.

Morocco’s flag carrier Royal Air Maroc (RAM) will organize flights from Casablanca to the three cities where Morocco’s Atlas Lions will play in the first round: Moscow, Saint Petersburg, and Kaliningrad. RAM will add flights to other cities if the national team makes it to the next rounds.

The Moroccan team will play its first game against Iran on June 15, the second against Portugal on June 20, and the last game in the first round of the World Cup against Spain on June 25.