Rabat - Donald Trump has kept up with a Kardashian. 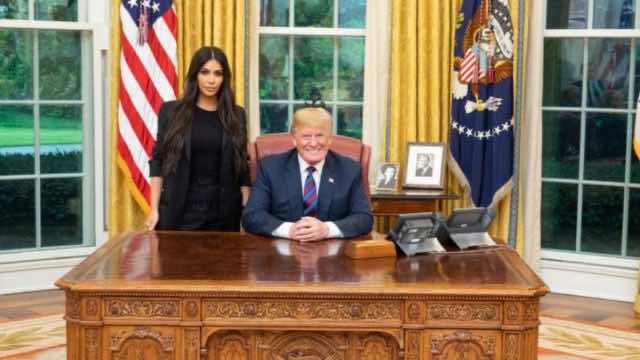 Rabat – Donald Trump has kept up with a Kardashian.

The Donald Trump and Kim Kardashian meeting has caused much ink flow. The reality television star has met with the president of the United States to “advise him about prison reform,” according to several media outlets. However, people were not happy to see Kanye West’s wife at the White House and harshly criticized the unexpected meeting.

As usual, Trump went on Twitter where he shares his daily thoughts and activities. “Great meeting with Kim Kardashian today, talked about prison reform and sentencing,” he wrote, sharing a picture of him with the star of “Keeping up with the Kardashians” in the Oval Office. 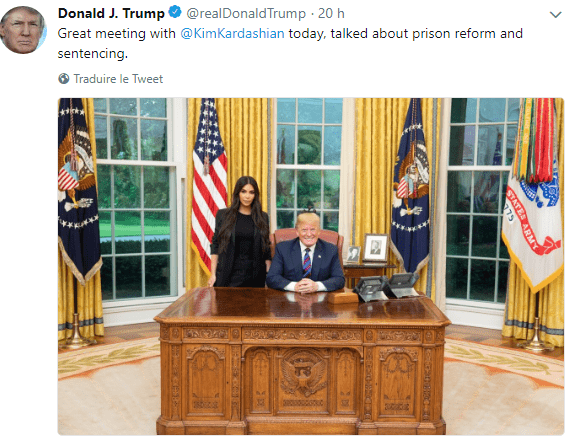 The one-hour gathering, set up by Trump’s son-in-law Jared Kushner, gave Kardashian a chance to talk with the president about a campaign to pardon a nonviolent drug offender named Alice Marie Johnson.

American tabloids and social media users were not as happy as Trump to see Kardashian in the White House. According to most of them the Kim had no business meeting with the president of the United States.

The New York Post, for example, did not hesitate to make puns based on the celebrity’s body, referencing President Trump’s meeting scheduled with the North Korean leader Kim Jong-un. 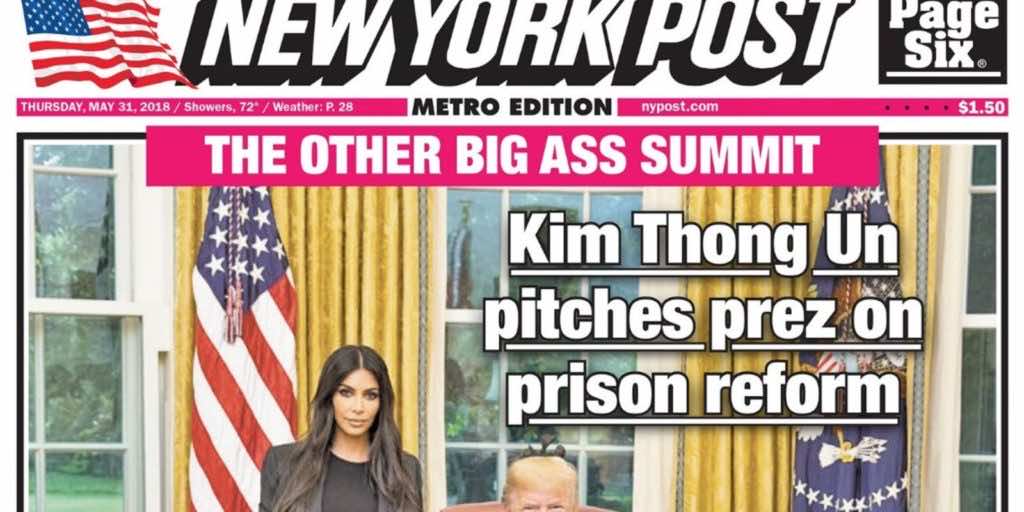 Social media users seem to agree with the media. “Trump has tweeted to say that he and Kim Kardashian talked about sentencing. Next week he’ll be asking the cast of Jersey Shore [reality television show] about punctuation.”

Even Moroccans had something to say. “Awesome, next time he will ask Said Naciri about cinema and music,” wrote a Moroccan Twitter user, referencing Said Naciri’s widely mocked “Malhama” musical  tribute to the Atlas Lions.