Rabat - The scene shocked Marjane shoppers in Agadir. According to local media outlets, a 30-year-old man set himself on fire at the main entrance of the supermarket Sunday, June 3, to the cries of others nearby. 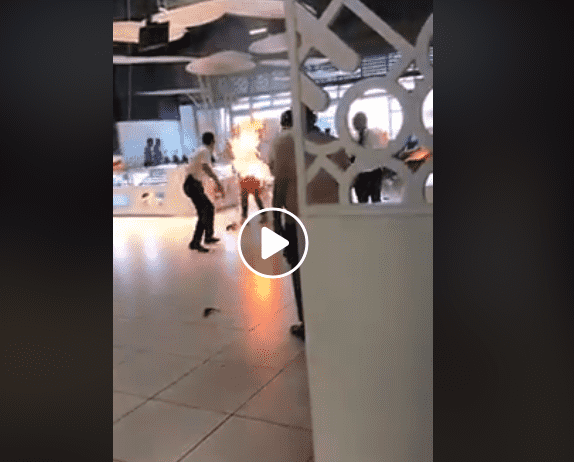 Rabat – The scene shocked Marjane shoppers in Agadir. According to local media outlets, a 30-year-old man set himself on fire at the main entrance of the supermarket Sunday, June 3, to the cries of others nearby.

The 59-second footage of his act, taken by a customer, has circulated on social media, causing uproar among citizens.

A security agent at the store intervened, running after the man to extinguish the fire. After local authorities arrived, the man was transported to Hassan II Hospital in Agadir with second- and third-degree burns.

According to the local news site Agadir24.info, the man has a criminal record, as he first entered the mall on Sunday morning to steal. He was caught in the act of shoplifting.

Once the stolen object was paid for, he left the store, only to return later in the afternoon equipped with a flammable product. For now, the local authorities have not yet commented on the incident.