Rabat - United 2026 was chosen over Morocco to host FIFA’s 2026 World Cup with 67% of the vote, Wednesday at the 68th FIFA Congress in Moscow. The ceremony was trending on Twitter with the hashtag #Morocco2026. 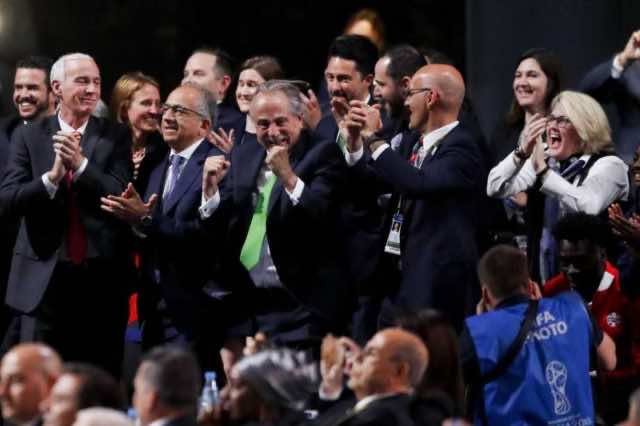 Rabat – United 2026 was chosen over Morocco to host FIFA’s 2026 World Cup with 67% of the vote, Wednesday at the 68th FIFA Congress in Moscow. The ceremony was trending on Twitter with the hashtag #Morocco2026.

134 countries decided to go for the trio bid of the United States, Canada, and Mexico, breaking millions of hearts in Morocco.

However, Morocco has remained dignified in the defeat by congratulating its opponent.

“At the 68th @FIFAcom Congress, Member Associations have voted in favor of the North American United bid, which will now organize the 2026 @FIFAWorldCup #Morocco2026 congratulates @United2026 for their victory,” the Moroccan organizing committee wrote on Twitter. 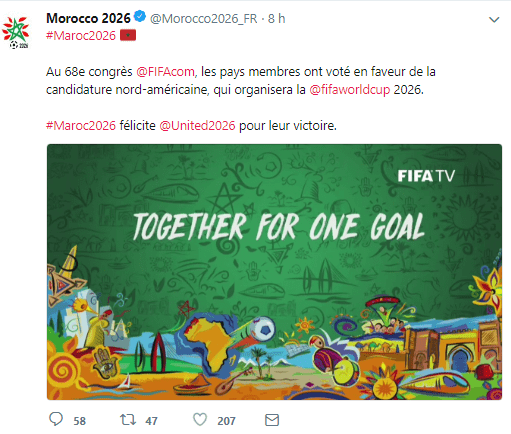 Having a lot to say regarding the bid, Moroccan supporters did not miss any aspect of the congress, talking about deception, schemes, treats, and treasons.

The long-awaited dream to host the 2026 World Cup will not happen for Morocco. After four disappointing unsuccessful attempts in 1994, 1998, 2006 and 2010, this year hope was restored for Moroccans as their love and passion for their country and football gave them faith again.

Unfortunately it was the powerful trio of the United States, Canada, and Mexico who crushed Morocco’s dream, as it was recalled by the Moroccan fans on social media. 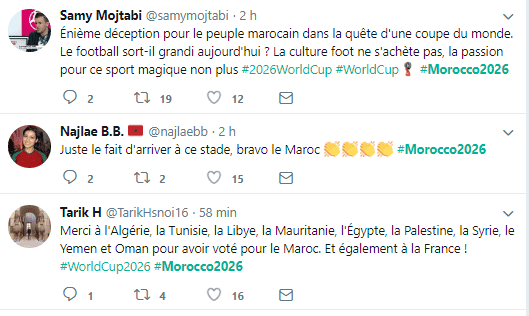 “Thank you for this shared dream. We continue to work to achieve its perfection: sustainable development and social justice. And good luck to the Atlas Lions,” concluded the head of government. 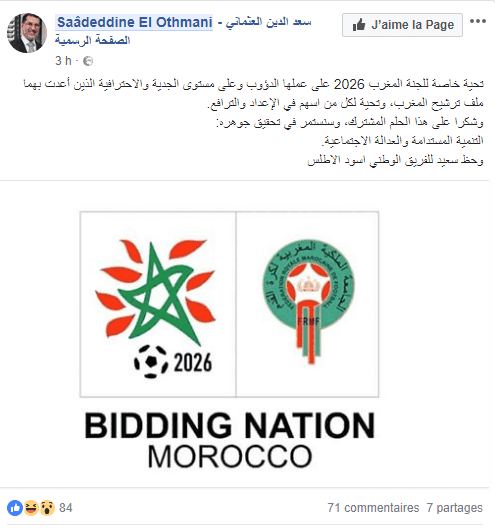 Moroccan supporters were not expecting some changes of minds. In the last minutes, Morocco lost some votes, provoking anger among citizens who felt betrayed, especially by close African and Arab countries.

Out of 52 African football federations present at the vote in Moscow, a majority of 41 countries voted in favor of Morocco.

“Can anyone explain to me the vote of Guinea in favor of #United2026? Morocco hosted the national Syli [football team] during the Ebola outbreak and Guinean Federation President Antonio Souaré was “ambassador” of #Morocco2026. What happened?” said French journalist Patrick Juilliard. 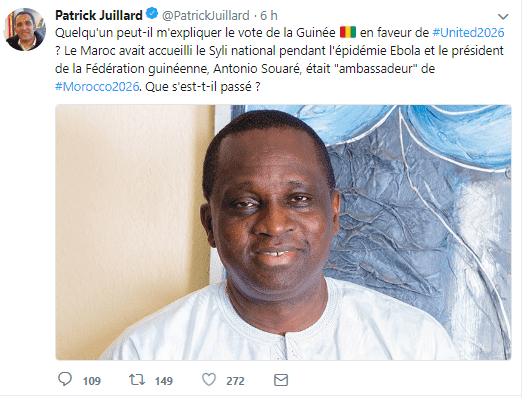 In the Arab world, there were many surprises. Lebanon, which had positioned itself as Morocco’s ally, voted, at the last moment, for the North Americans, joining Kuwait, Saudi Arabia, the United Arab Emirates, Jordan, Iraq, and Bahrain.

Morocco, however, was able to count on the support of Algeria, Tunisia, Qatar, Syria, Egypt, Palestine, Yemen, and Oman.

Beyond practical considerations, the vote was also a political one. In April, US President Donald Trump threatened countries voting for Morocco: “It would be a shame if the countries we have always supported campaign against the North American bid. Why would we support these countries when they do not support us (including at the UN)?” he tweeted. Donald Trump has once again gotten what he wants.

Saudi Arabia’s lobbying for United 2026 did not please the Moroccans who feel betrayed by a supposedly “friend country.”

Saudi Arabia had been arranging meetings between the United 2026 bid committee and other Gulf countries. Prior to the official decision, Turki Al Sheikh, president of the Saudi Sports Commission and the Arab Football Union made it clear that his country would vote for Saudi Arabia’s “strongest ally.” Is Saudi Arabia to blame? People seem to think so, as it has played a role in Morocco’s failing.

“Saudi Arabia voted for #United2026 … I imagine Morocco’s disillusionment. There are no friends in this kind of situation just economic interests … It’s largely a geopolitical vote. #Mondial2026,” said a France Football journalist.

“Morocco has always supported Saudi Arabia in its positions; war against yemen, Bashar Assad’s departure, Syria’s dismissal from the Arab league dismissal and the Iranian ambassador departure and for what? For us to do everything to see Morocco fail in # CDM2026,” said one Twitter user.

After campaigning for Morocco 2026 all over the world, President of Royal Moroccan Football Federation (FRMF) Fouzi Lekjaa and Chairman of Morocco’s 2026 bid committee Moulay Hafid Elalamy  gave their last speeches.

Taking the stage first, Elalamy highlighted Morocco’s many assets. The chairman noted the kingdom’s wealth and infrastructure, saying that 97 percent of the population supported Morocco hosting the World Cup in a recent survey.

Elalamy recalled the values ??of the kingdom, saying that weapons are banned in the North African country. He guaranteed the event would be financially profitable for FIFA and did not forget to talk about the importance of tourism.

For his part, Fouzi Lekjaa said that Africa has only organized the prestigious competition once before, in 2010 in South Africa, when Morocco was also bidding to host. The FRMF president also pointed out that Morocco is running for the fifth time.

Moroccan supporters were grateful for Lekjaa and Elalamy’s work, thanking them for taking Morocco all the way to the end.