Rabat- The Gallup Global Law and Order index, the world’s leading survey on social trust and safety, has published its latest report on the state of security and safety around the world.

Rabat- The Gallup Global Law and Order index, the world’s leading survey on social trust and safety, has published its latest report on the state of security and safety around the world.

While most of the report’s findings support general beliefs and expectations, the numbers and data highlighted some rather surprising trends, most notably with many countries in the MENA region—viewed by many as the epicenter of instabilities and crises—ranking higher in safety than many countries in Europe and the Americas.

With an overall score of 81 points out of 100 possible, Morocco’s Law and Order Index puts it fourth in Africa’s safest countries, just below Egypt (88), Rwanda (83), and Mauritius (82). Ethiopia and Algeria are next, both scoring 79.

This score also makes Morocco the third safest country in the Arab world, below Egypt (88) and Jordan (86).

According to Gallup, over 148,000 adults took part in the survey, answering questions about how safe and secure they felt in their country or community.

Also assessing the level of social trust, the survey asked people if they felt safe walking at night, whether they had been victims of theft or burglary in the past twelve months, and whether they trusted their local law enforcement authorities.

Morocco’s score, which puts it near the total of countries like France and the USA (both at 84), could be an indication of the success of the North African country’s continuing efforts to enhance its security system.

Recent improvements in that regard include the creation of a new institute for investigations and intelligence-related operations.

Equally important is the provision of security by local police in big cities like Rabat, Casablanca, Marrakech, Agadir, etc., as well as tough border security measures to shield the country against North Africa’s prevailing market of illicit arms trafficking and other transnational criminal networks.

Singapore topped the Global Law and Order Report with an impressive overall score of 97, while Venezuela came in last with a score of 44.

At the regional level, Latin America and the Caribbean scored lowest on security, while the MENA region outranked regions like Eastern Europe and South East Asia.

Despite improvements in sub-Saharan Africa, social trust is still a crucial issue. Four countries in the region—Botswana, South Africa, Liberia, and Gabon—remain in the top 10 of the countries where people are “least likely to feel safe.”

Rwanda scored highest on the continent regarding the number of people who feel safe walking at night. However, confidence in authorities also remains an issue in sub-Saharan Africa, with only 60% of respondents in the region reporting that they trust the police.

North Africa’s police trust average was found to be 68%, making the region Africa’s best performer in security and safety issues. 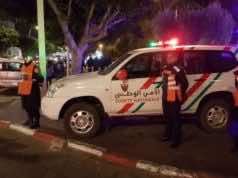 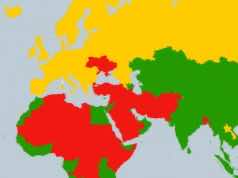 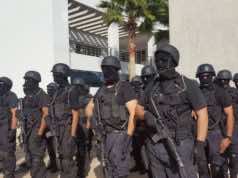