Rabat - In another attempt to reconcile with its customers, the French dairy company, Centrale Danone, launched a consultation campaign Tuesday to hear and discuss the requirements of grocers, consumers, and milk suppliers. 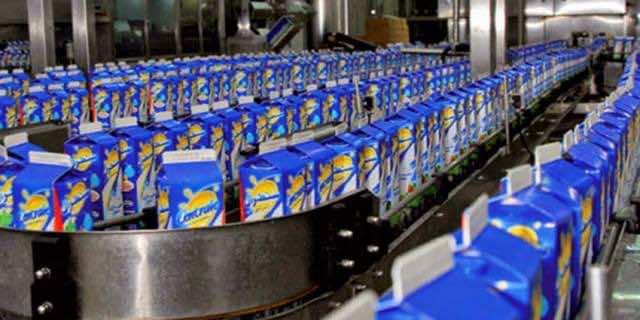 Rabat – In another attempt to reconcile with its customers, the French dairy company, Centrale Danone, launched a consultation campaign Tuesday to hear and discuss the requirements of grocers, consumers, and milk suppliers.

Since the launch of a boycott against the company on April 20, Centrale Danone has received numerous questions and recommendations from customers on social media about the procedures that should be taken to respond to the demands of the angry boycotters.

The company’s new campaign, called “Ntwaslo w Nwaslo” (we communicate and proceed) aims to find a compromise on price to meet the purchasing power and boycotters’ demands: a decrease in prices for Centrale Danone’s dairy products, especially milk.

In response to consumers’ anger, the company decided to “deepen this approach by listening to all its stakeholders (consumers, grocers, breeders, suppliers), to better understand their needs and to commit and engage efficiently to secure a fair and equitable price for Centrale’s fresh pasteurized milk,” the company said in a statement published on July 31.

The company invites its customers to meetings, which will take place in different cities, to hear their opinions and recommendations. The campaign will run until August 15.

The company chose to start its campaign in Marrakech and will meet with customers today in the Royal Theater at 5 p.m. Centrale Danone has mobilized 1,000 employees to meet consumers and grocers to listen and discuss their proposals with them.

“Five public consultations will take place every two days starting August 1st in Marrakech, and Casablanca on August 3rd, Tangier on August 5th and Meknes on August 7th,” according to the statement.  The location of the fifth consultation will be decided through a vote to pick a city of the three cities proposed: Rabat, Kenitra, and Agadir.

Centrale Danone has also launched a website, www.ntwaslo.com, to explain the process, to harmonize the exchanges, and to give an opportunity to all those who want to comment on the proposals.

Centrale Danone also published a video of the spokesperson of the company, Abd Al Jalil El Kaimi, explaining the purposes of the campaign.

The spokesperson invited customers to take part in the meetings and to share their recommendations with Centrale Danone’s staff.

During the visit of Centrale Danone’s CEO, Emmanuel Faber, to Casablanca on June 26, he promised Moroccan customers that the company will adjust dairy prices. He made three commitments: to be transparent in costs and quality at all time, not to make a profit from the pasteurized milk, and to trust all stakeholders of Centrale’s pasteurized fresh milk to find a fair and equitable price.