Rabat - Saudi Arabia’s Energy Minister Khalid al-Falih declared on Thursday 26th July 2018, that "Saudi Arabia is temporarily halting all oil shipments through Bab El-Mandeb Strait immediately after an earlier attack on two crude vessels by the Iran-aligned Houthi movement until the situation becomes clearer and the maritime transit through Bab El-Mandeb is safe. 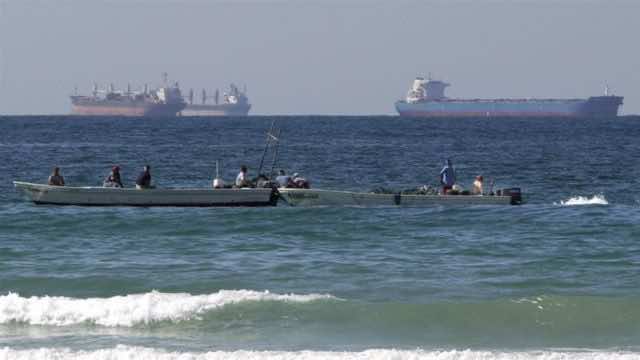 By
Karim Zaouaq
-
Zaouaq Karim is a PhD student in International Law and International Relations at the Hassan II University of Casablanca.
Aug 15, 2018
Spread the love

Rabat – Saudi Arabia’s Energy Minister Khalid al-Falih declared on Thursday 26th July 2018, that “Saudi Arabia is temporarily halting all oil shipments through Bab El-Mandeb Strait immediately after an earlier attack on two crude vessels by the Iran-aligned Houthi movement until the situation becomes clearer and the maritime transit through Bab El-Mandeb is safe.

On August 4, 2018, Saudi Arabia’s Energy Minister Khalid al-Falih announced in a new statement that oil shipments had resumed and that “the decision to resume shipments through the strait of Bab al-Mandeb was made after the leadership of the coalition has taken necessary measures to protect the coalition states’ ships.”

The Bab el-Mandeb Strait, which is 20 miles (32 km) wide and connects the Red Sea (northwest) with the Gulf of Aden and the Indian Ocean (southeast), presents a strategic importance, but it’s more and more destabilized by many threats including recent Houthi attacks against ships crossing the Strait, the Iranian willing to block the routes leading to it and the remaining terrorism activities in the region.

The Strategic Importance of the Bab El-Mandeb Strait

The Bab el-Mandeb Strait is a focal transit point which is every day traversed by an estimated 3.8 million barrels, in addition to being in proximity to the Strait of Hormuz, which accounts for an estimated 17 million barrels of oil that transit the strait per day. More than sixty commercial ships transit the strait every day and several passenger cruise lines use the route as well. It’s also a strait, through which generally an estimated 12.5 to 20 percent of global trade passes every year.

This Strait is moreover economically vital for the countries of the region. Egypt relies on it for its own liquefied natural gas importations. Saudi Arabia, the United Arab Emirates (UAE) and Qatar depend on it as it’s a key maritime passage that reaches the oil pipeline called the Suez-Mediterranean or SUMED pipeline, which transits oil through the Suez Canal towards Egypt.

The central position that the Bab el-Mandeb Strait occupy in the global trade compared to other straits drags the countries of the region in a fierce vying for its control. In an interview with the newspaper Al Hayat, the Yemeni President Abd Rabbuh Mansur Hadi said that “whoever holds the keys to Bab el-Mandeb and the Strait of Hormuz does not need a nuclear bomb.”

Situated between Yemen and Somalia, the Bab El-Mandeb Strait is facing some major factors that threaten freedom of navigation through it and that are relevant to the ongoing no end of conflict in Yemen between the Houthi rebels and the Hadi-led government forces on the one hand, and terrorism threat in this country as well as in Somalia on the other hand.

In fact, Houthi rebels have led, in many times, multiple missile attacks against Saudi, Emirati and even American vessels crossing the Bab El-Mandeb Strait or near to it. They also always struggled to control the Strait by keeping their domination on the strategic nearest strongholds: the capital Sanaa and especially the Port of Hodeidah, which is a significant rear base for Houthi’s deployment. For this reason, Anwar Gargash, UAE minister of state for foreign affairs, said recently that the only way forward to ensure freedom of navigation in the Red Sea is to get the Houthi rebels. In this context, the Saudi-led Arab coalition airstrikes led in last few days on the Houthi-controlled province of Saada in Northern Yemen can be considered as an attempt to diffuse Houthi attention and facilitate the seizure of the Hodeidah port.

Meanwhile, the Iran suspicious involvement in the ongoing Yemeni civil war in favour of Houthi movement against the government of Abd Rabbuh Mansur Hadi and its loyal forces, is considered by some analysts as being a part of a military strategy, through which Iran will deploy its naval forces from the Strait of Hormuz, the Red Sea and even to Strait of Mallaca. Iran would be able to block and threaten maritime oil tanker traffic by controlling Strait of Hormuz and Bab el-Mandeb, using the Houthis. This would put new cards in Iran’s hands to utilize in its regional and international relations, as it seems recently from the last military maneuvers held by Iranian navy near the Strait of Hormuz to respond to USA reimposed sanctions.

However, such navigation blocking eventuality is likely to disrupt the supplies, increase the oil market prices and can evolve to a more complex conflict where USA, France and other countries will intervene to secure oil supplies and stabilize its prices by controlling these Straits and all the routes leading to them.

Finally, terrorism threat will remain a serious concern for stability and freedom of navigation in the Bab El-Mandeb Strait, given that the Islamic State (Isis) and Shabaab terrorist groups continue to operate in Somalia and due to the fact that Al Qaeda in the Arabian Peninsula and the Islamic State groups (Isis) are still active in Yemen’s central and eastern governorates.