Rabat - Morocco’s Court of Auditors has uncovered irregularities in many hospital centers, including inefficient management and lack of essential medical services. 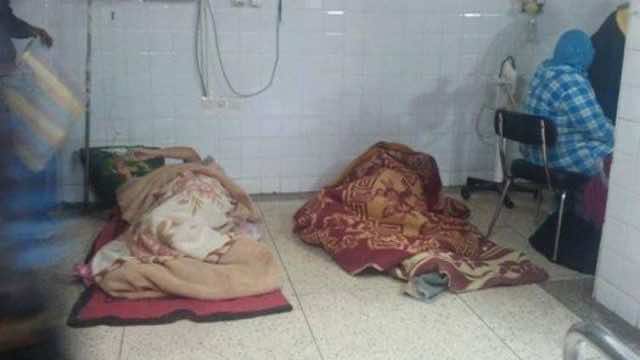 By
Tarek Bazza
-
Tarek Bazza is a journalist at Morocco World News with Master’s degree in Translation from King Fahd School of Translation in Tangier.
Aug 29, 2018
Spread the love

Rabat – Morocco’s Court of Auditors has uncovered irregularities in many hospital centers, including inefficient management and lack of essential medical services.

In its 2016-2017 annual report, the Court of Auditors identified many problems related to medical services, billing and debt recovery, drug supply, and pharmacy premises in Moroccan hospital centers.

The Court of Auditors made its report public on Monday, August 27.

The Court of Auditors continued its supervising mission over many regional and prefectural autonomously-managed hospitals under the Ministry of Health during the years 2016 and 2017.

The controlled hospital centers function without “a document defining strategic objectives and organizing the supply of care, equipment and infrastructure, or giving a clear vision for their developments,” stated the report.

Although Decree 2.06.656 on hospital organization “defined for each hospital level specialties and medical services to make available to the public,” the court noted that some hospitals do not offer all necessary services to patients.

The report included the example of Marrakech’s regional hospital center which does not offer general surgery, neurosurgery, and pneumology while cardiology and endocrinology services are limited to outpatients “since there is a single doctor for each specialty.”

As for Berkane’s prefectural hospital center, in eastern Morocco, stomatology and maxillofacial surgery services are not provided while the ophthalmology and mental health services are not functional due to a lack of equipment and paramedics.

“Endocrinology services have also not been available in the hospital since the end of 2015, following the transfer of the only specialist doctor in this service,” the report noted.

The court described appointments made for patients as “abnormally” long although deadlines for appointments are a “determining factor in the quality and efficiency of hospital care.”

Long delays for appointments were recorded in many Moroccan hospitals: some appointments exceeded 10 months delay.

The court considered that long delays were primarily due to lack of schedule programming.

The report explained that doctors exercising the same specialty are not present at the same time at hospitals and consultations are limited to one or two sessions per week per doctor. The sessions often end at the end of the morning.

“Some doctors determine in advance the number of patients to be examined, which leads to low productivity of doctors,” the court’s report added.

The court identified many problems related to billing and the recovering of patients’ debts in many hospital centers.

In some medical centers, the court noted a difference between the medical services performed and those invoiced. Many reception services in hospital centers did not register or invoice the services provided, including emergency services.

In Temara-Skhirat, 35 kilometers southwest of Rabat, the prefectural hospital center’s emergency department performed 943,354 consultations between January 1, 2009, and December 15, 2015, while only 21 consultations were billed during the same period.

Significant delays were made to processing hospitals’ files and the billing process in addition to mismanagement of insured patient files.

The report cited, in 2015, 4,370 billing files out of 7,653 were not processed in Meknes’ prefectural hospital center, 160 kilometers west of Rabat and 60 kilometers southwest of Fez.

Shortage of drugs and lack of drug use monitoring

Hospital centers purchased drugs and pharmaceutical products either through direct procurement or through endowments from the central pharmacy of the Ministry of Health, the regional directorate, or the provincial delegation.

Hospital centers also exchange drugs between them without regulating the exchanges.

However, the court said the central pharmacy’s supplies do not always meet the needs of the medical centers both quantitatively and qualitatively.

The mismatch between supplies and needs leads either to situations where drugs are out of stock or where excess drugs pass expiration periods and must be thrown out, the report stated.

Recurrent shortages in drugs were reported at Mohammed V Hospital in Tangier, even though MAD 14.7 million worth of drugs remained to be delivered by the ministry.

For El Jadida’s hospital center, a city 100 kilometers south of Casablanca, expired drugs over the period 2011-2015 were worth over MAD 1.7 billion.

Lack of monitoring in hospital pharmacies

“The clinical services do not keep records allowing them to follow their drug supplies and consumption,” reads the court’s report.

“As a result, drugs were not included in the billing of hospital services,” added the report.

According to the Court of Auditors, hospital pharmacies still face problems on their premises with equipment as well as an inadequate working environment for staff.

The problems in pharmacy premises “resulted in storage conditions for drugs and medical devices that violate existing standards.”