Rabat - Moroccan athlete Rabab Arrafi has achieved the third best female performance in the history of Morocco's participation in the IAAF Continental Cup. 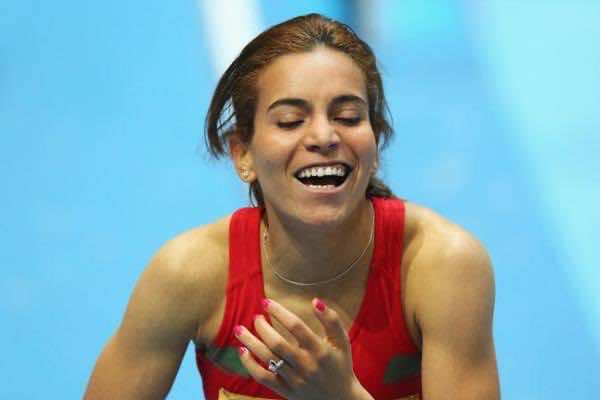 Rabat – Moroccan athlete Rabab Arrafi has achieved the third best female performance in the history of Morocco’s participation in the IAAF Continental Cup.

The competition, held by the International Association of Athletics Federations (IAAF) and formerly called the World Cup, took place this weekend in the Czech city of Ostrava.

Arafi’s race earned her the third best performance in the history of Moroccan women’s participation in the IAAF Continental Cup, after Nezha Bidouane’s gold in the 400 meter hurdles event and Zahra Ouaziz’s silver in the 3,000 meter, both in 1998 in Johannesburg.

Arafi, 27, the second best athlete from Africa, was the only athlete to win two gold medals at the last Mediterranean Games in June in Tarragona, Spain. She won both the 1,500 meter and the 800 meter, which she ran in2:01:01.

Nezha Bidouane offered Morocco the country’s only female gold, thanks to her victory in the 400 meter hurdles in 1998 in Johannesburg.