Rabat- Nabila Mounib has said that the “monopolization” of the country’s wealth causes young Moroccans to choose to emigrate. 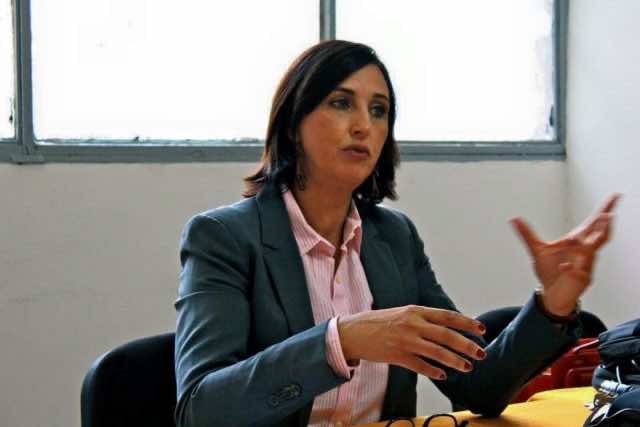 By
Ahlam Ben Saga
-
Ahlam Ben Saga is a Cultural Studies graduate from university Mohammed V of Literature and Humanities in Rabat.
Sep 21, 2018
Spread the love

Rabat- Nabila Mounib has said that the “monopolization” of the country’s wealth causes young Moroccans to choose to emigrate.

During a press conference on Tuesday, the head of the Unified Socialist Party (PSU) Nabila Mounib questioned Morocco’s pathway to democracy.

Be it high-qualified Moroccans emigrating with the belief that “their country does not encourage scientific research” or unemployed Moroccans seeking jobs abroad, it is all due to “monopoly” and “theft” in the country, Mounib stated.

Mounib referred to elections in Morocco, saying that 70 percent of Moroccans prefer not to vote because they see no point in voting, knowing that the elections will only “breed thieves” and “corrupt” individuals.

Mounib also addressed the prison sentences given to Hirak activists, saying: “How is it reasonable that we get punished because we demand our rights?”

The politician called on Moroccans to stand together and demand the release of the activists sentenced from 1 to 20 years in prison.

Hundreds of Moroccans already rallied in protests in cities across the country, including Casablanca, Rabat, and the northern city of Nador, to denounce the “heavy” sentences.

Mounib maintained that Morocco deserves a “real democracy” rather than a “fake” one, stating: “We cannot keep watching when the country is at such a disadvantage.”

According to a study by Moroccan job portal, ReKrute, 91 percent of Moroccan professionals aged 35 and younger are tempted to work abroad, in search of better work conditions and quality of life, including health care and comfort.

The study suggests that motivations vary on an individual basis, as many Moroccan companies fall short of employee expectations and do not put strong efforts into winning back the qualified people who have left for other countries like France and Canada.

Many young Moroccans put their lives at risk to cross the Mediterranean to the closest European country with the belief that they could lead a better life.

According to a report by Spain’s interior ministry released in August, 10,104 undocumented Moroccans arrived in Spain between 2016 and 2018.

The Spanish Ministry of Interior emphasized that more than 250,000 irregular Moroccans are currently living in Spain, with close to 5,000 identified as “unaccompanied minors.”

Mohamed Daadaoui, a specialist of North African politics at Oklahoma City University, said that the “Moroccan youth are all too eager to take the risk of crossing [to Europe] given the dire socio-economic situation in Morocco.

“Their prospects for jobs and economic empowerment have not improved, especially in the Northern part of the country,” he stated.