Rabat - Spanish Minister of Foreign Affairs Josep Borrell is satisfied with the Moroccan-Spanish cooperation against terrorism. 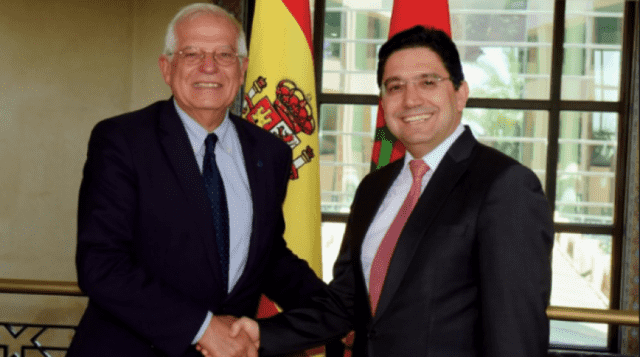 Rabat – Spanish Minister of Foreign Affairs Josep Borrell is satisfied with the Moroccan-Spanish cooperation against terrorism.

Borell commented on the cooperation between the two countries in a statement to the press on the sidelines o the United Nations General Assembly in New York on Friday.

Borrell said that cooperation between Spain and Morocco against terrorism “is an example to follow for other countries to address this scourge, because it is a cooperation that is beneficial for both parties.”

The Spanish official described his talks with Nasser Bourita as “constructive and positive.”

Borrell added that the meeting covered several other issues, including migration to challenge the flow of undocumented migrants in Spain.

The official also commended the collaboration between Spain and Morocco in the management of migratory inflows.