With representatives set to sign the Global Compact on Migration in Marrakech, will today mark a turning point in history or a continuation of business as usual?

Rabat – Today and tomorrow, representatives of 180 countries are meeting in Marrakech, Morocco, to sign what supporters have called “a landmark agreement” on migration. But how effective is the much-awaited Global Compact? And what do stakeholders expect to get from the Marrakech meeting?

Many such questions were raised and answered, if unsatisfactorily, during the 11th Global Forum on Migration and Development, which also took place in Marrakech.

The three-day event, December 5-7, felt like a thematic prelude to the Global Compact. It was in many respects designed as a preparatory workshop to explain, perhaps to reluctant countries and apprehensive attendees, the “historic meaning” of the Global Compact for Migration.

In three days of discussions, sometimes diplomatic and unforthcoming, other times hot and tense, participants made it their call to lay down the foundations of what looked like a “brave new world” for migration and migrants. The Global Compact, it was steadily maintained in the numerous panels and side-events that made up the hectic program of the migration forum, is a vindication of the universal rights and dignity of migrants.

Morocco, the host country, was prominently represented in debates and panels.

Rabat pioneered the 18-month-long discussions and negotiations that ultimately led to the conception and adoption of a universal declaration on migrants’ rights, argued Driss el-Yazami, the president of Morocco’s National Council for Human Rights (CNDH). In doing so, he added, Morocco joined the company of countries that have opted for “intelligent policymaking and universal fraternity” in the face of daunting international crises.

For the Moroccan official, it does not help to view migrants as threats to host countries’ security and socio-economic wellbeing. Migration and migrants constitute an essential element of all thriving societies, he said. He added: “As the host of the historic document to be adopted very soon, Morocco is reaffirming its commitment to our fundamental capacity to face together our common challenges.”

Morocco’s enthusiasm was supportively greeted throughout the forum; some delegates, more exultant and lyrical than El-Yazami, went as far as saying that the forum’s challenge and ambition was to nurture “evidence-based policies” and “sincere dialogue” to “breathe life” into the soon-to-be-adopted compact “by generating ideas, projects, and actions.”

“A historic event in a historic city,” said a visibly upbeat and Marrakech-enamored Antonio Vitorino, head of the International Organization for Migration (IOM).

What makes the Global Compact historic, Vitorino elaborated, is the unprecedented fervor the idea has generated in the international community.

It is not all the time that developed and developing countries speak as one on a global issue with such far-reaching consequences as migration. Adopting a document that supports a common North-South vision to “make migration work for all” should be celebrated, not decried or frowned upon, the IOM chief suggested.

Beneath the hubris and celebration, however, there sat unexpressed frustrations, sustained apprehensions, and abiding doubts about the political potency of a non-binding agreement.

“I am sorry to say this, but the forum was utterly disappointing,” said Yamta Helene Mariam, who attended the forum as a voice of the “disappointed civil society.” Mariam is the president of the Moroccan Women Migrants Association, and she is a “daily witness to the plight and despair of sub-Saharan migrants.”

In defense of her pessimism and reluctance to join the bandwagon of countries celebrating a non-binding document, she explained to Morocco World News that “international policymaking has always been a domain of influence-peddling, inequality, and imposed policies.”

“Did you hear any prominent African voice today?” she asked, with a facial expression that seemed more shocked than rebellious, or perhaps both.

“I leave the forum confused. I am confused because I didn’t hear anything about Africa’s stance on migration. This global compact is the culmination of debates and decision-making that never put concerns of origin countries at the center. I think multinationals and powerful external actors are imposing their will on Africa. I am afraid Africa will come out of this agreement as loser. ‘J’accuse.’…”

Despite the Global Compact’s numerous implementation pitfalls and nice-sounding vagaries dressed as recommendations, Ngendahimana argued, there is reason to hope that an unprecedented North-South understanding can yield a number of positive results.

“But I wanted migrants to be at the center of debates because you cannot have a panel of men discuss feminism and gender issues” he said. Migrants, he continued, should not be a security or economic side event in discussions that address their suffering. Rather, their stories and struggles should be part of any global action on migration.

Ngendahimana is not totally desperate, nor does he, like Mariam, point fingers or call names. Multilateralism works best when each party makes concessions to ensure the possibility of the general good, he argued. The compact, after all, creates a venue for genuine multilateral cooperation on migration.

There should at least be hope, he emphatically told Morocco World News, that global stakeholders will in time commit to a shared and sustainable future. But the only way forward for the Compact is to ensure that “this is not one [of] those conferences where governments and civil society can come together to talk nicely, fail to implement, and get lost in discussions. We need a comprehensive policy on migration.”

But the meltdown and apprehension-filled reactions were already there before the Marrakech forum. From the very outset, earlier this year in July, Trump’s America withdrew from the UN General Assembly’s vote, judging the idea incompatible with its “America First” policy.

In the course of the three-day-long Marrakech forum, the US was notably absent. On December 10-11, Washington’s absence will surely be the elephant in the room.

“It is always disappointing not to have the US on a global platform,” said an African delegate.

“My country will sign the compact, but I do not agree with the ideas and recommendations. This is another imposition that small countries are following in spite of themselves. We are, like flowing water, following the direction we have been instructed. But I assure you this is going to fail, just like the millennium goals for sustainable development. We have seen this before.”

But Washington is hardly the only heavy-weight absentee. Other countries, including Australia, Israel, Poland, Slovakia, the Czech Republic, and Austria, have made clear their unwelcoming take on the UN-led compact.

Meanwhile, Belgium is undecided, divided even. Switzerland, Bulgaria, Latvia, and the Dominican Republic are unsure, unconvinced, and reluctant. They have told the UN that their governments will not be present in Marrakech. The Croatian Parliamentary Representative, Hrvoje Zekanovic, has sent notifications of a “press conference AGAINST” the compact to be held today near the hall where governments will convene to adopt the pact. He is protesting against his government’s decision to adopt the pact.

So far, though, the heavy criticism and the last-minute withdrawals have left the pact’s supporters unmoved. For them, the symbolism and hope attached to the compact is such that no opposing force can withhold the positive energy it elicits and symbolizes.

“We are witnessing from some political sectors the manipulation, the distortion of the objectives of the pact,” said IOM head Antonio Vitorino.

The lesson from all of this?

The compact is “the end of the beginning,” said Louise Arbour, the special representative of the UN Secretary-General for international migration. The end is nowhere in sight and will depend on the commitment level from all signatories once the pact is adopted, Arbour argued, suggesting that a two-day international conference will not miraculously solve the world’s migration crisis. 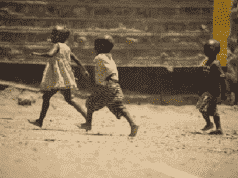 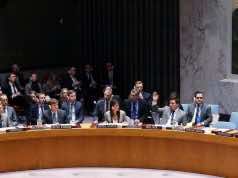