Maren Ueland shared a video with a lesson not to judge people by their appearances.

Rabat – Three years before she was murdered in Imlil, Norwegian Maren Ueland shared a pro-Muslim video on her Facebook page.

The video shows a seemingly Western woman looking suspiciously at a bearded man in an Islamic outfit carrying a bag.

The frightened lady tries to protect her child while looking at the man from across the street, when a couple of police officers are seen rushing out of their car behind the bearded man.

Surprisingly, the last scene shows the police apprehending another man, while the bearded guy was giving a hand to a child, to the astonishment and shock of the terrified lady. 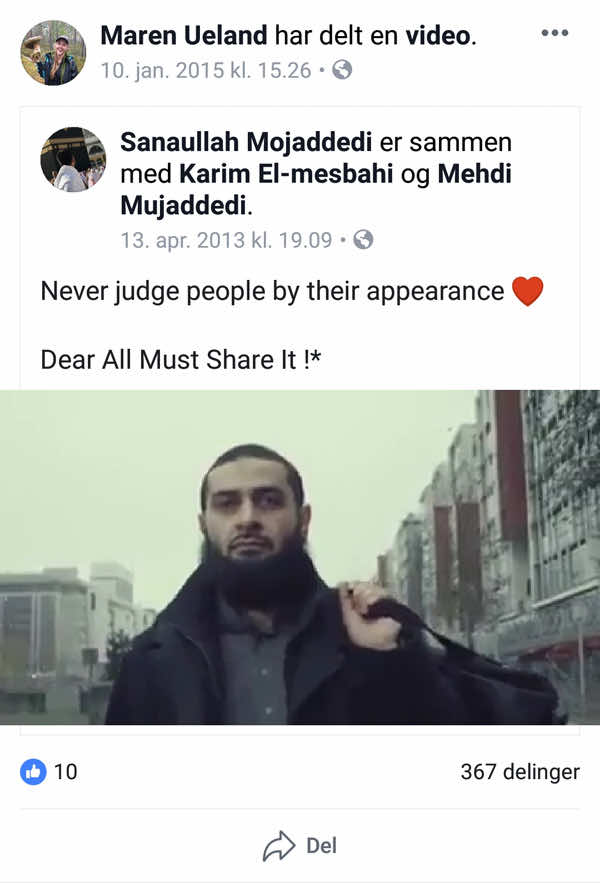 Maren’s post has ironically reflected how a peaceful young woman who loved life and defended Islam died at the hands of ruthless criminals who pledged allegiance to ISIS, which claims to be inspired by the teachings of Islam.

Moroccan police found the bodies of Louisa Vesterager Jespersen, 24, from Denmark and Maren Ueland, 28, from Norway in an isolated area near Imlil, in the Atlas Mountains, on Monday, December 17.

On Wednesday, Moroccan authorities hinted that the murder of the two Scandinavian women was potentially linked to terrorism. Police arrested four suspects in the murder on Tuesday and Thursday.

Shocked by the sad news, millions of Moroccans condemned the murder of the two Scandinavian women and expressed their condolences to and solidarity with the families of the victim.

Moroccans’ strong condemnation of the murder and their outpouring of solidarity with the families of the victims elicited the gratitude of the Danish and the Norwegian ambassadors to Morocco. Both expressed their deep gratitude to the Moroccan people for standing up against terrorism and showing empathy to the victims and their families.