A video of a journalist from a Moroccan news outlet interviewing the daughter of the Ifrane murder victim has shocked and angered Moroccans.

By
Ahlam Ben Saga
-
Ahlam Ben Saga is a Cultural Studies graduate from university Mohammed V of Literature and Humanities in Rabat.
Jan 3, 2019
Spread the love

Rabat – After an Al Ayam journalist interviewed an orphaned 7-year-old girl about her experience of her mother’s murder, Moroccan social media users, journalists, and activists have denounced the “insensitive” act and demanded that the child see a psychologist.

Many Moroccans argued that the journalist’s asking the child about details related to her mother’s decapitation was a violation of the child’s rights and morality to gain views and spark controversy.

Others also pointed out that journalists should not have shown the child’s face to the cameras, out of respect for her.

Sami Elmoudni, founder of the Moroccan Forum for Young Journalists, wrote on his Facebook page that the child is in need of psychological help rather than being exposed to the media’s questions.

The director of the Al Ayam news outlet, Noureddine Miftah, has apologized for the video on behalf of the interviewer in a Facebook statement, writing that he was shocked when he watched the interview and immediately ordered it be removed.

“It is unacceptable and unprofessional. I deeply apologize for this unintentional mistake which I hope will not be repeated.”

The child allegedly saw her mother’s decapitated head after locals and family found her body.

Two days after the murder, police arrested a suspect, a shepherd who tried to force Rayhan to marry him and killed her after she repeatedly refused, according to her father’s statement.

Following Rayhan’s death, her father, who suffers from cancer, became depressed and called on King Mohammed VI and charitable Moroccans to help him financially to raise his 7-year-old granddaughter and save his family from poverty.

Many people showed interest in adopting Rayhan’s daughter. Some who proposed adopting the child live abroad. 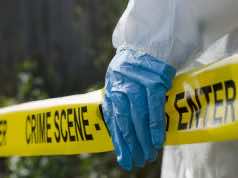