Morocco, which has international counterterrorism cooperations with several countries, is among the safest countries from the scourge of terrorism. 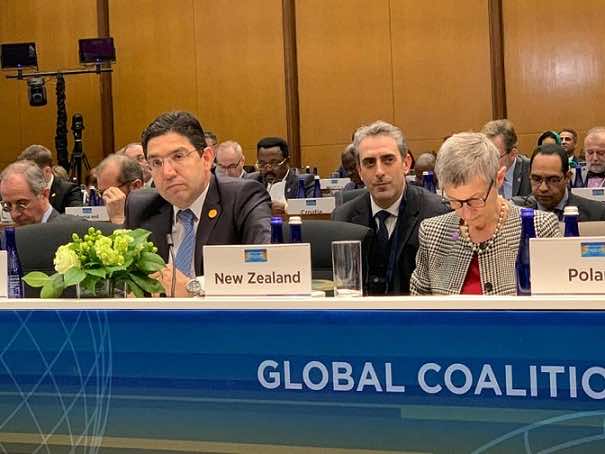 Rabat – The Moroccan government, considered to have one of the best approaches to combating terrorism locally and internationally, is attending the foreign ministerial meetings for the Coalition to Defeat ISIS.

Morocco’s Minister of Foreign Affairs and International Cooperation Nasser Bourita is leading a delegation to the symposium to emphasize Morocco’s role in countering radicalization and terrorists.

Bourita said in Washington that Morocco has put in place a unique and recognized approach to fight violent extremism, reported AFP.

“This approach is based on a series of measures that have demonstrated their relevance,” said Bourita. He referenced Morocco’s program of training imams and Islamic counsellors, called mourchidat and mourchidin.

Bourita said that Morocco implemented training programs at the Mohammed VI Institute for the training of imams and preachers in order to disseminate the values of Islam and to fight the spread of radical ideologies.

He added that Morocco’s approach also focuses on deconstructing extremist ideologies through media and social media.

“Morocco is resolutely committed to continuing to promote the importance of developing and building the capacity of civil society so that it can guard against the resurgence of Daesh or any other group sharing the same violent extremist designs,” Bourita said. He added that Morocco will fulfill this commitment in its capacity as co-chair of the Global Counter-Terrorism Forum.

Bourita also emphasized that Morocco’s priority is to keep cooperating on a multilateral platform to encourage the implementation of good practices against the emergence of threats linked to terrorism and violent extremism.

An 8-year process of increasing security

The North African country then introduced the Central Bureau of Judicial Investigation (BCIJ) in 2015 to monitor security threats in cooperation with other Moroccan security services.

The country’s success is recognized by the international community and gained it several security partners, including Spain, France, and the US.

Like the head of BCIJ, Abdelhak Khiame, Bourita said that the ISIS threat is still present in Iraq and Syria.

Bourita also warned against the presence of ISIS affiliated groups in more than 20 countries across the world, including North Africa and sub-Saharan Africa.

ISIS, according to Bourita, carried out more than 280 attacks in 2017.

He added that ISIS also is now shifting towards the internet, using information and communication technologies.