In their shared fight against irregular migration, Spain and Morocco have reached an unprecedented agreement on the repatriation of migrants rescued at sea. 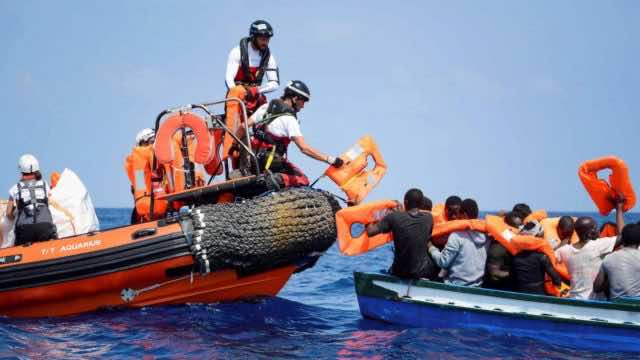 Rabat – Until now, migrants rescued in the Mediterranean between Morocco and Spain were “automatically taken to Spanish ports.” From there, they would proceed to apply for asylum in Spain or continue to another EU country.

But the latest agreement between Madrid and Rabat seeks to make it possible for Salvamento Maritimo, Spain’s rescue services, to repatriate migrants to the nearest Moroccan port.

“Given our good relations with Morocco, Salvamento Maritimo will assist the Moroccan Navy if so required. In that event, rescued individuals will be taken to the nearest safe harbor, which in this case will be Moroccan,” a Spanish government source told Spanish outlet El Pais.

According to the newspaper, “the new guidelines are meant to go into effect immediately, although their future will depend on the outcome of the [Spanish] snap general elections called for April 28.”

Some sources said that the new agreement is set to increase the death rate in the Mediterranean.

Now that Spain’s Salvamento Maritimo is set to coordinate with the Moroccan navy, migrants will avoid both entities, even at the peril of their lives in deep sea, argued Ismael Furio, a spokesman for Salvamento. “This kind of measure could turn us into someone to avoid. Deaths will rise. They will stay away from anything that smells of repatriation.”

While a number of EU countries recently closed their ports to migrants rescuing ships, Spain opted for a more humanitarian approach. In recent months, however, pressure has been mounting on authorities to considerably curb the number of migrants reaching the country.

As far as Spanish authorities are concerned, the deal is part of an initiative to positively respond to societal pressure.

The goal seems to be to secure reelection in the April general elections.

But also involved in the move is the need for Spain to get more engagement from its Moroccan ally. Madrid has been Rabat’s most steadfast supporter at the EU, and Spanish authorities want more reciprocity from Morocco on border security, El Pais’ sources suggested.