OSMA is the governing body responsible for organizing military and championships games, as well as the Military Football Cup in Africa. 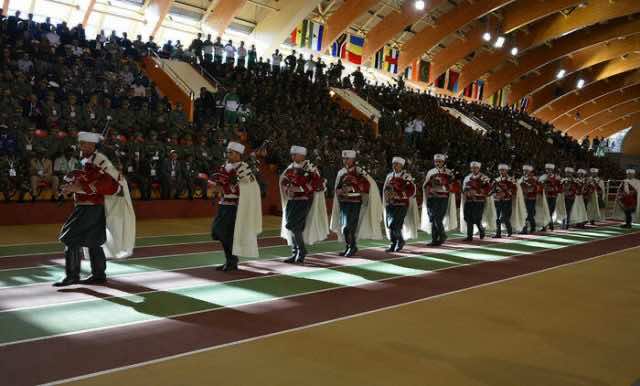 Rabat – The city of Marrakech is hosting the General Assembly of the Organization of Military Sports in Africa (OSMA) organized by the Royal Armed Forces (FAR), from March 3-10.

OSMA is organized upon the High Instructions of King Mohammed VI, Supreme Commander and Chief of General Staff of FAR and will be attended by 38 countries, including Morocco, according to a statement by FAR General Staff.

Several personalities and sports officials are invited to this event, such as the president of the International Military Sports Council (CISM), Colonel Hervé Piccirillo, acting president of the Organization of Military Sports in Africa, Brigadier General Katrima Manoni Phinehas, president of the International Judo Federation (IJF), Marius Vizer, and Olympic champion in 400m hurdles at the “1984 Olympic Games” in Los Angeles, Nawal El Moutawakel, currently a member of the Moroccan National Olympic Committee (CNOM).

Founded in 1994, OSMA is a continental organization composed of the Armed Forces of African member countries. It brings together 45 countries and is the African representation of CISM.

OSMA organizes military and championship games every 4 years as well as the African Military Football Cup every two years. OSMA holds its General Assembly every two years since 2008, the statement notes.