The hospital’s director says the deaths were caused by the infants’ fragile health, a claim Lehbib Kerroum denies.

Rabat – A nurse at Ibn Sina University of Rabat has blamed the deaths of several prematurely-born infants on Saturday, April 6, on a power outage.

The babies were relying on medical ventilators at the hospital’s Souissi maternity ward to breathe, and the power outage allegedly caused their deaths, according to the nurse’s Facebook post. The hospital did not respond to Morocco World News’s calls.

The director of the hospital, Said Tayer, according to one report, claimed only three died and denied that the babies’ deaths were related to the power outage.

Tayer said the power outage took place at 7:00 am on Saturday and lasted for only seven minutes. He stated the hospital’s standby power generator kicked in immediately and can supply power for 30 minutes in cases of blackouts.

According to another report, Tayer said four premature babies died, and each weighed between 600 grams and 1 kilogram. The normal weight of a newborn at full term ranges from 2.5 to 4 kilograms. Tayer said all the babies were in incubators and died because of their critical state of health.

However, Lehbib Kerroum, a member of the Moroccan Network for the Defense of Health Rights, questioned Tayer’s claim. “How come four deaths happened at the same time?”

Ascribing the death of the premature babies to the power outage, Kerroum described the conditions of the hospital as “catastrophic.”

He said a “black report” was carried out last year, but the report’s recommendations have not yet been published. 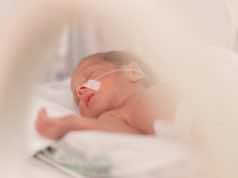 Morocco Falls in Global Prosperity Ranking to 103rd out of 149 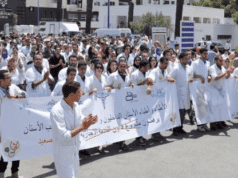