The Moroccan stab victim had no criminal record. 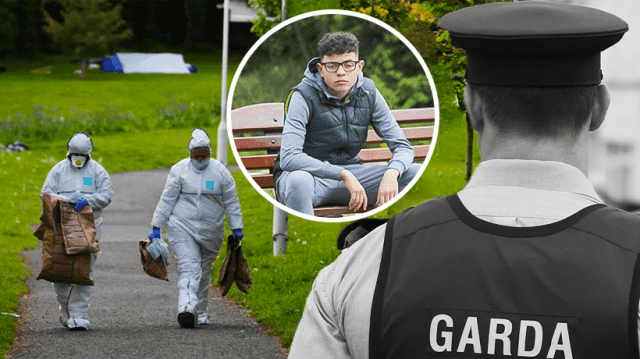 Rabat –  Irish police have managed to identify the suspect behind the killing of a Moroccan teenager, who was stabbed to death last Friday in Finsbury Park, Dundrum in Dublin.

The Irish Times reported that the police identified a teenage suspect from south Dublin for the stabbing of Azzam Regragui.

The news outlet quoted sources from Irish police, otherwise known as Gardai, who said that investigators are in contact with the suspect and his family.

The Irish Times added that the suspect  is connected with a group of men from south Dublin, who have “engaged in serious violence in the past.”

Read Also: Moroccan Teenager Stabbed to Death in Dublin While on His Way to Mosque

“On one occasion when a drug search was attempted on one of the men, serious violence ensued,” said the news outlet.

The Independent reported that the suspect claimed he acted in “self-defence when he fatally stabbed” the Moroccan victim.

No arrests have been made, but a witness has been assisting police in their investigation.

The witness, who saw the fatal stabbing of the  18-year old Moroccan victim, went to the police station on Saturday.

The Moroccan Community in Ireland has mourned the death of the 18-year old. In a Facebook post, the community  said that Azzam was known to be “so friendly, helpful and easy going.”

“It is with a heavy heart we have to inform you that our young Moroccan Irish aged 18 was stabbed in Dundrum in an unprovoked attack and unfortunately he has died.,”

The Facebook page also expressed condolences to his family and the whole Moroccan Irish community for the “terrible tragedy.”

Although the police ruled out hate crime, Waterford Against Racism Facebook page said in a post that “those who are actively spreading  hatred through online channels must take some of the responsibility for the rise in attacks on Muslims.”

Waterform Against Racism warned that “Islamophobia is racism.”

The Moroccan victim was killed while walking to a breaking fast ceremony held in a local mosque.

Emergency services called to the scene attempted to save the 18-year old after the stabbing. Despite medical intervention, the violent attack claimed the life of the Moroccan teenager shortly after he was transferred to the hospital.

A video showing his family and friends mourning went viral after the murder.

The victim’s devout mother  asked people surrounding her son at the hospital to pray and to not feel sad because “God chose him in this holy month.”

“He died in this holy month and on Friday before Iftar.”

She also asked that people remain calm, read the Quran, and pray for her son, reciting a dua or prayer.