After several months of protests and rumors of postponed elections, Algeria’s Constitutional Council has announced two presidential candidates for the country’s election on July 4. 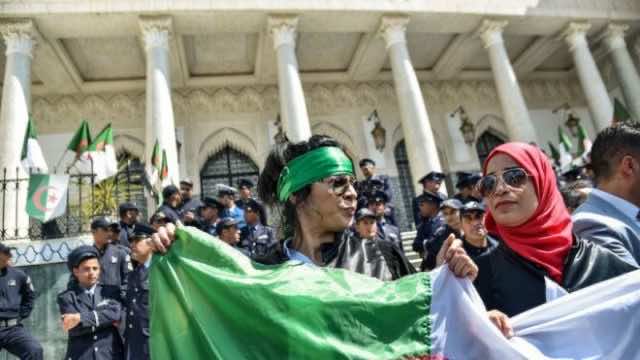 Rabat – For more than 14 weeks, Algeria has been in a state of disarray as protests and riots have swept across the country, ultimately forcing the country’s former leader Abdelaziz Bouteflika to step down after nearly two decades of rule.

Throughout the ongoing conflict, Algerian authorities had consistently promised a return of order following scheduled elections on July 4; however, the likelihood of these elections was cast into doubt earlier this month when an anonymous source suggested that holding an election would not be possible until later this year.

Despite these claims, Algeria’s Constitutional Council announced on Sunday, May 27, that two candidates had registered for the July 4 election, dispelling with the anonymous source’s earlier claims.

Although no major party from Algeria has put forth a candidate, two candidates unknown to the Algerian public, Abdelhakim Hamadi and Hamid Touahri, have been declared as the country’s two contenders for the July election.

The Algerian Army is currently overseeing a 90-day transition period before a new government is elected, and the military has continually pressured protestors to end demonstrations before the election in July.

Protestors have demanded the removal of all Bouteflika-era bureaucrats and have voiced a desire for a complete overhaul of the Algerian government. However, even after the announcement of two non-establishment candidates, demonstrators remain dissatisfied and protests continue throughout Algeria.

Tensions remain high in post-Bouteflika Algeria, with protests continuing to sweep across the country well after demonstrations had successfully ousted Bouteflika from power.

With demonstrations showing massive success thus far, protestors have set their sights on the outright removal of all government officials associated with the corruption and nepotism of Algeria’s old guard, including the incumbent interim president, Abdelkader Bensalah, and Prime Minister Noureddine Bedoui.

As a result, protestors have remained heavily opposed to the prospect of a July 4 election, fearing that the election will be tarnished by the corruption of the old Bouteflika regime.

Meanwhile, several local mayors and magistrates have already spoken out against the election, claiming that they would not be participating in the election or organizing polls in their jurisdictions.

Throughout this popular opposition to the election, the Algerian Constitutional Council and Algerian Army have maintained their position that an election is a necessary prerequisite to establishing stability in the country, and have urged protestors to end demonstrations as the impending elections grow closer.