Moroccan government poised to square off with the United Arab Emirates over influence in European Islamic affairs. 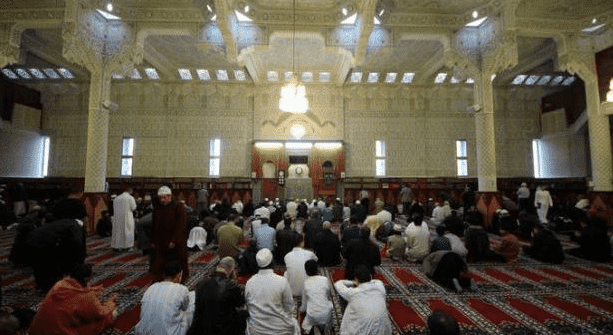 Rabat – At the Evry mosque in Paris, a power struggle has flared up between the Moroccan government and the government of the UAE.

At the beginning of Ramadan, Evry mosque hosted an Iftar in honor of Ali Nouyami, the Emirati minister in charge of the World Council of Muslim Minorities. This consequently raised concerns about the mosque’s loyalties, and whether it would pander to the interests of the UAE in the future.

The concerns were further exacerbated by the mosque’s irreplaceable “rector,” Khalil Merroun, who was suspected of planning to expand the institution’s board of directors to authorities loyal to Abu Dhabi.

Suspicions were subsequently swept aside when Merroun published a statement firmly claiming that the mosque belongs to the kingdom of Morocco and that its loyalties solidly lied with Rabat. However, this has not discouraged the UAE from attempting to spread its influence elsewhere in Europe.

The UAE’s designs for global influence

More recently, the Emirati government in Abu Dhabi has been struggling to expand its influence in Europe; however, the country’s attempts at seizing power in the Middle East and Africa have long foreshadowed the UAE’s designs on becoming a globally recognized power.

In Libya, the UAE has perpetuated the ongoing conflict by funneling money to the Libyan National Army (LNA) and forces loyal to Field Marshal Khalifa Haftar, who continues to lay siege to the country’s capital of Tripoli.

Meanwhile in Sudan, the UAE has been providing significant support to the incumbent military regime, which continues to aggressively put down protests in an attempt to maintain control over an increasingly dissatisfied civilian population.

In both of these conflicts, the UAE’s fingerprints are permanently etched onto the bullets and bombs used to terrorize civilian populations and butcher thousands in brutal civil wars and violent uprisings.

However, perhaps the most devastating attempt by the UAE to establish dominance in the region has been through its role in the ongoing crisis in Yemen, which has claimed thousands of lives through senseless violence and will continue to claim more so long as the conflict continues.

This consistent pattern of meddling with foreign affairs has become a trademark for the UAE, which continues to set its eyes on Africa and the Middle East even as it grows more focused on expanding into Europe.

In every circumstance where the UAE has attempted to seize influence from another country, it has come into conflict with one actor or another in the course of their expansion.

In the case of the Evry Mosque, Morocco is said to have taken the UEA’s meddling as a direct threat to Moroccan influence in France in terms of the practice and interpretation of Islam.

A long-time French partner, Morocco’s political and cultural proximity to France has meant that the North African country has carried considerable clout in “French Islam.”

With Moroccans being among the most represented nationalities in France, Rabat maintains an iron grip on its role as a dominant voice in French Islamic circles.

However, this has not dissuaded the UAE from attempting to oust Morocco and establish itself as a powerful influence to challenge the North African kingdom as a leader in the Islamic community.

In attempt to discredit Moroccan influence in European Islam, Abu Dhabi has consistently condemned mosques associated with Morocco, labeling them as Salafist and portraying them as threats to Islam.

Meanwhile in the gulf nation’s own borders, the Emirati government has heavily criminalized Malekism, the principal theological school of Islam across North Africa and the Maghreb. Pushing even further, the UAE has attempted to slander Malekism within Europe to further diminish Moroccan presence in the continent.

As a result of this power struggle, Islam in France and across Europe has become divided, with the ongoing political conflicts in the gulf and elsewhere in the Middle East fueling the UAE’s desires to empower itself at any cost.