Noureddine Kchibel was summoned before the Public Prosecutor today to face an investigation into exam fraud allegations.

On June 8, Kchibel, who is a member of the Development and Justice Party (PJD), was caught in possession of 3 phones while taking the Baccalaureate exam.

The PJD announced in a statement that the “Integrity and Transparency Commission” (led by Mustapha Ramid, Minister of Human Rights) opened an investigation into the incident,” and expressed its readiness to apply the adequate punishment were Kchibel to be found guilty.

The member of parliament was accused of an infraction of law n°02-13 which strictly prohibits the use or possession of any type of electronic devices within the exam rooms.

Kchibel did not deny possession of the phones, but denied the intention to use them to cheat, explaining how the situation arose from a habit, and that he is used to carrying the phones to manage his business.

Kchibel added that the headmaster searched him, confiscated his phones, and summoned the head of the education academy of the region. After 3 hours, a deputy arrived and apologized to Kchibel but refused to return his phones. 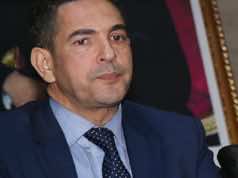 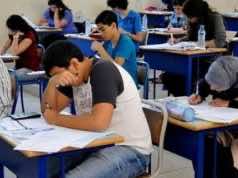