Fans who have long awaited the announcement have to make sure they save the date. 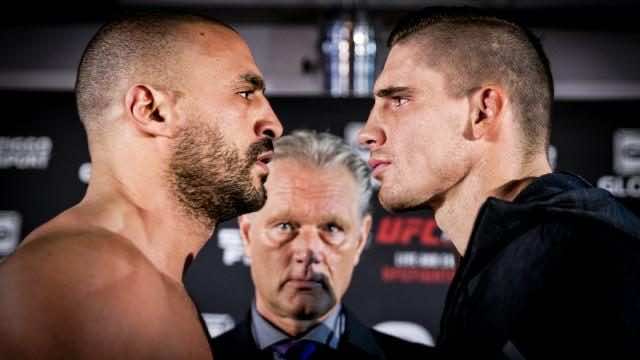 Hari announced that his Glory Collision 2 fight against Rico will take place on December 21. The kickboxing superstar has been promising fans a re-match with Rico after his recovery. Hari suffered a severe shoulder injury in the second round of the first Glory fight against Verhoeven in 2017.

Hari promised that he would be back in 2018, fully ready to face off with Rico for a second time. Moroccan sports channel Arriadia promised Hari’s fans of a rematch between Hari and Rico in March 2018. The re-match, however, did not happen.

Hari has not disappointed  his fans after all. The superstar has fulfilled his promise and was the first to announce the date of the fight on his Instagram account.

During his break to recover, Hari has been working hard to generate strength for his future adventures

“I cannot push myself beyond the limits because I have no limits,” Hari wrote in one of his posts on Instagram.

I cannot push myself beyond the limits because I have no limits. #TheyAreNotPrepared

Hari’s fans often give  the 34-year old superstar the nickname of the “beast” or the “golden boy” to describe his commitment to work out and strength.

Verhoeven also expressed excitement over the rematch. On his Instagram, the Glory champion said: “the wait is over… On December 21st I’ll finish what I’ve started.”

This is not the first time when the  Dutch champion promised to defeat Hari again.

In 2018, Rico challenged the Moroccan golden  kickboxing superstar, saying “I am waiting when I will be informed of the date and the location where the combat will take place.”

In August, Hari wrote a post on Instagram, saying “I don’t like retrospectives because there is still much work (KOs) to be done but it seems to be a (funny) list day…. Unreachable Bad Boy. There will be no loophole for my opponents,” citing some of the most challenging games he has won.