On July 16, the International Monetary Fund (IMF) encouraged Morocco to further increase the float rate of its currency, the Moroccan Dirham.

By
Ann Seymour
-
Ann Seymour is an American journalist currently based in Rabat.
Jul 17, 2019

Rabat – When Morocco introduced a more flexible exchange rate policy in January of 2018, it aimed to keep the county’s economy competitive and maintain the value of the Moroccan Dirham (MAD). The IMF has since reported that the transition was a success. On Tuesday, the IMF urged Morocco to expand its exchange rate flexibility by again increasing the float of the MAD.

In an effort to boost resilience and increase exports, Morocco first introduced a floating exchange rate in January of 2018, increasing the rate from 0.03% to 2.5%.

In a report released on Tuesday, the IMF’s Executive Directors said “they welcomed the beginning of the transition to greater exchange rate flexibility last year which will help the economy absorb potential external shocks and remain competitive. They encouraged the authorities to use the current window of opportunity to continue this reform in a carefully sequenced and well-communicated manner.”

Moroccan Authorities responded to the IMF’s continued encouragement by saying reforms would continue, economic conditions in the country permitting.

In a floating rate rate system, a currency’s value is typically determined by supply and demand on the open market. The value of a currency over time is an indication of the country’s relative economic strength.

The flexibility of a floating rate offers an advantage in case of an economic shock where significant pressure is put on foreign exchange reserves.

Not everyone is in favor of continued reform to the MAD.

High Commissioner for Planning Ahmed al-Halimi warned that Morocco needs to focus on other reforms before pursuing reforms to the currency exchange system.

In a country with a 10% unemployment rate, and where one third of college students graduate unqualified to find a job, Halimi said Morocco needed to instead focus on education and vocational training systems.

“What is needed now in a country like Morocco is not a reform in the currency exchange system,” Halimi said last August. “Before we do that, “We must first carry out other reforms or finish the reforms already initiated.” 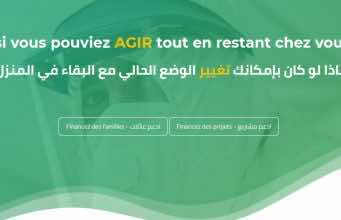