The Moroccan Secretary of State for Sustainable Development will launch the “Clean Eid Al Adha” campaign, which will include ensuring that the skins of sacrificed sheepare preserved so that they can then be used by the leather industry. 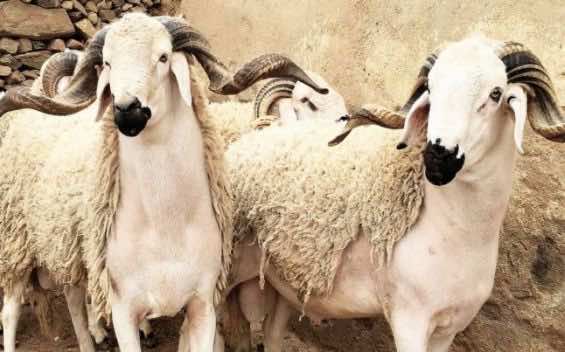 Rabat – Eid al-Adha, the “sacrifice festival,” is one of the most important celebrations in the Islamic calendar. Expected to take place this year between August 11 and August 13, it is celebrated by slaughtering sheep, goats, or cows.

The purpose of the campaign is to raise awareness on the importance of keeping slaughter areas clean, collecting and sealing slaughter residue in closed bags, and avoiding dumping residues in drains.

A similar campaign was launched last year, to prevent the uncontrolled dumping of the waste from the slaughtering, such as the organs not suitable for human consumption, skins, and bones.

This year’s campaign also promotes environmentally sound behavior but has a new dimension. It is also calling on Moroccans to preserve the skins of the sacrificed sheep, so that they can be collected and treated, then used in the leather industry.

“85 % of skins are in a deteriorated condition and cannot be used,” the State Secretary for Sustainable Development said about previous Eid years, in a press release on July 22.

The new measures seek to counter this.

“Pilot projects will be launched in the four largest cities of the Kingdom: Rabat, Fes, Marrakech, and Tangier, and the projects will then be generalized to the rest of the country,” she added.

The measures will include educational campaigns by environmental groups across Morocco on hygiene and slaughtering, and the broadcasting of an educational video on TV, news websites, and social media.

The skins of slaughtered sheep will be collected and sorted after Eid.

The “Clean Eid Al Adha” campaign is organized in collaboration with the Moroccan Federation of Leather Industry (FEDIC).