The two Moroccans speedily crossed to Ceuta on their jet skis leaving two Algerian immigrants a few meters away from the city’s coast.

Rabat – The Maritime Service of the Civil Guard and the Special Group of Underwater Activities (GEAS) arrested two Moroccans who crossed to the enclave of Ceuta on jet skis transporting two Algerian immigrants on August 6.

According to La Verdad de Ceuta, Spanish authorities reported that a few minutes past 1:00 p.m. the maritime service noticed two jet skis, two people on each, entering at high speed from Morocco.

Spanish law enforcement immediately initiated a chase and notified the coast guard. During the chase, the jet skis set off towards the beach of the Potabilizadora, where they left the two Algerian immigrants.

According to the daily, the Coast Guard rescued the two Algerians who were later attended by the Red Cross ERIE. The Red Cross provided them with dry clothes and health care.

The Maritime Service and GEAS intercepted and arrested the two Moroccans, seizing their jet skis. The suspects were subsequently placed in custody.

According to La Verdad de Ceuta, The Algerian migrants were under the supervision of the national police before their transfer to the Temporary Reception Center for Immigrants (CETI). 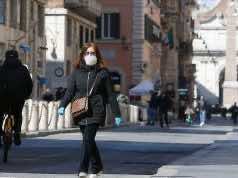 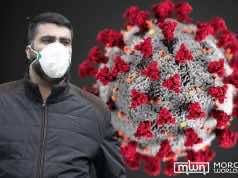 COVID-19: Morocco Suspends All Flights, Maritime Trips to and from Spain