The floods came a few weeks after a section of a mountain collapsed on top of a vehicle in the region of El Haouz, a province in the Marrakech-Safi region. 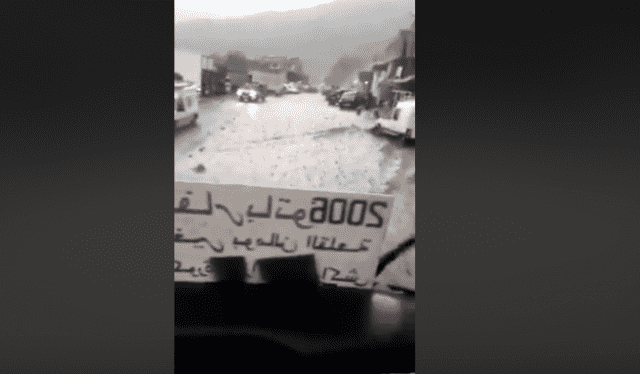 Drivers were stranded for hours due to the floods at the national highway number 9. The road saw traffic as people were travelling to spend Eid Al Adha with their families. The floods caused traffic to be suspended for several hours.

Passengers and Facebook users posted photos and videos of the floods in the region.

The heavy rain storms also caused landslides. No casualties were reported among drivers.

The floods in the region came a few weeks after section of a mountain collapsed on top of a vehicle  in the region of El Haouz, a province in the Marrakech-Safi region.

The death toll includes 11 women, three men, and one child. All of them were members of the same family.