The owner of the restaurant, at the center of unexpected controversy, took to Facebook to defend the reputation of his seafood eatery. 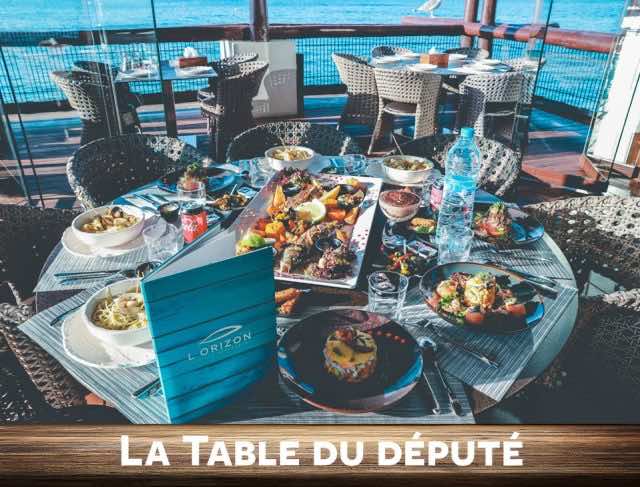 Rabat – Social media has been alight recently with complaints of restaurants, bars and hotels overcharging in Morocco, particularly in the North, where tourism is rife during the summer season.

Moroccans are taking to social media to share photos of receipts with shocking prices. One receipt, in particular, is raising eyebrows, showing a bill of over MAD 5000 from L’Orizon, a seafood restaurant in M’diq, a Mediterranean town in between Ceuta and Tetouan.

Another bill from the same restaurant, this time for MAD 1245, is also making rounds on the internet. The picture was posted on Facebook by Jawad Chafik, a member of the Socialist Union of Popular Forces in the Moroccan Parliament.

In his post, Chafik warned others against the restaurant, calling the owners “bloodsucking vampires.” He added that the restaurant must be the best in Africa to charge MAD 1000 for a kilo of fish. The politician’s post quickly went viral, receiving 3.5k shares.

The owner of the restaurant, in the middle of unexpected controversy, took to Facebook to hit back against Chafik’s post on August 17.

“Dear clients, just like you we have seen the post from the politician calling us bloodsucker,” said L’Orizon. “We received the gentleman and his family, 6 adults and 3 children, and they ordered 4 entries, 6 dishes , and desserts, at an average price of 140 dh per person.”

The restaurant asserted that Chafik was fully aware of the prices when he ordered the food, as they are clearly displayed on the menu he read from.

The post then claims that Chafik caused a scene when the bill came nonetheless, threatening to use his position as a politician to harm the restaurant’s image if the price was not lowered.

Wanting to further defend themselves, the restaurant prepared the amount of food Chafik ordered on that day to show it was not a small amount. “Dear customers, after the controversy a few days ago, we decided to prepare the order that was published on the receipt worth 1245 dhs,” the post read.

“We let you contemplate the pictures of the dishes with a breathtaking view of the Mediterranean. Our institution has values, of which transparency is the pillar,” said L’Orizon.

“The entire team works to achieve excellence in terms of service and dishes. Our cuisine continues to innovate to improve and adapt to our customers.”

However, the restaurant’s posts did not do much to dampen the controversy, with outrage continuing on social media.

“A food bill for a few minutes in a restaurant in the North is equal to a professor’s salary for a month.. and they wonder why the goal of 10 million visitors to Morocco has not yet been achieved!!” read one post with over 60 shares.