Even as Morocco is rising as an indispensable player in African affairs, this is the first time that the kingdom has been elected to chair the PSC. 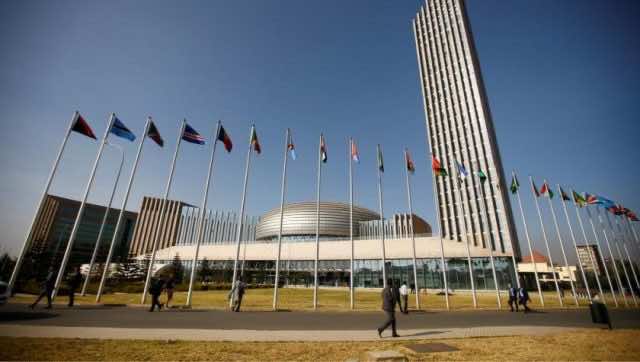 Rabat – Morocco’s presidency of the African Union’s Peace and Security Council (PSC) was the subject of a recent meeting between Moussa Faki Mahamat, the chair of the AU Commission, and Mohammed Arrouchi, Morocco’s AU representative and PSC president for September.

According to reports, the meeting between the officials aimed at discussing the agenda of Morocco’s one-month tenure at the helm of the AU’s highest body on questions of stability, peace, and crisis management on the continent. Morocco will preside over the PSC for the month of September.

In line with the PSC’s responsibility to uphold stability across the African continent, the two officials discussed some of Africa’s lingering security challenges, from terrorism to the internal conflicts befalling some African countries.

Even as Morocco is increasingly rising as an indispensable player in African affairs, this is the first time that the kingdom has been elected to chair the PSC.

According to Ambassador Arrouchi, Morocco’s election to chair the council is an acknowledgement of the kingdom’s efforts on the pan-Africanist front in the last two years.

Since it rejoined the AU in January after decades of absence, Arrouchi recalled, Morocco has emerged as a leading voice on essential issues for the AU’s agenda, from migration to intra-African exchanges and regional security.

Chairman Mahamat echoed Ambassador Arrouchi’s sentiment when talking about the role Morocco has played in the years since it rejoined the pan-African body. The AU official acknowledged Morocco’s “dynamism” and “leadership” on issues of utmost importance for the AU’s pan-African agenda and vision for the continent.