Morocco World News
Home Economy OCP’s Revenue Increases by 4% in First Half of 2019 Despite Severe...

“Our cost leadership has allowed us to maintain our margins in this context of overall price declines.” 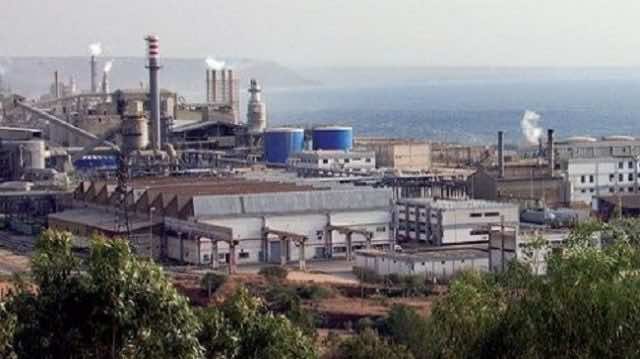 Rabat – Morocco’s Office Cherifien de Phosphates (OCP), the global leader in phosphates production, experienced an encouraging return on investment in the first half of 2019 despite severe market conditions, according to a recent OCP statement.

The company says it registered a positive turnover in the first half of this year, with its sales revenues standing at MAD 27.582 billion. In terms of sales growth, the numbers indicate an increase of 4% in the company’s turnover, compared to figures recorded during the same period last year.

Significantly higher output, as well as an increase in phosphoric acid prices, helped the company mitigate the hampering effects of its diminished output in the rock and fertilizers sectors. This helped the company maintain its worldwide leadership position in phosphates-related products, the statement noted.

Despite a positive and highly profitable global market price for rock in the first half of this year, a decline in production levels as well as lower exports limited the company’s benefits.

The inverse occurred for fertilizers during the same period, though with the same effects on overall benefits. While OCP’s production levels were at a record high for fertilizers, notable declines in prices had a negative impact on turnover.

In Asia, where India experienced an increased production in local fertilizers, OCP was the main exporter of phosphoric acid. This means that the Moroccan giant strengthened its leadership position in the Asian market over that period, the company’s statement explained.

Reflecting on the group’s encouraging performance against all odds, the group’s CEO, Mostafa Terrab, argued that the company may have punched above its weight in the face various of market constraints. “Thanks to the group’s competitive advantages and in spite of less favorable market conditions, OCP has registered above-average results in the first half of the year,” he said.

Terrab explained that OCP relied heavily on its “industrial flexibility” and “commercial agility” to meet the requirements of a mixed global demand in the first half of 2019 As some sectors were more profitable than others in the global market, the company devised a working formula to ensure overall positive performance.

“Our cost leadership has allowed us to maintain our margins in this context of overall price declines,” explained Terrab.

The CEO added, “At the end of the first half of 2019, the operating cash flow increased significantly compared to the same period of the previous year, thus enabling the group to reinforce its growth strategy and its cost leadership. Investment spending at the end of June 2019 is in line with our development program and we continue to realize savings thanks to the success of the completed projects.”