A confusing message on a nameplate at Morocco’s Mohammed V airport is sparking public uproar, with critics asking how the airport personnel missed such a blunder. 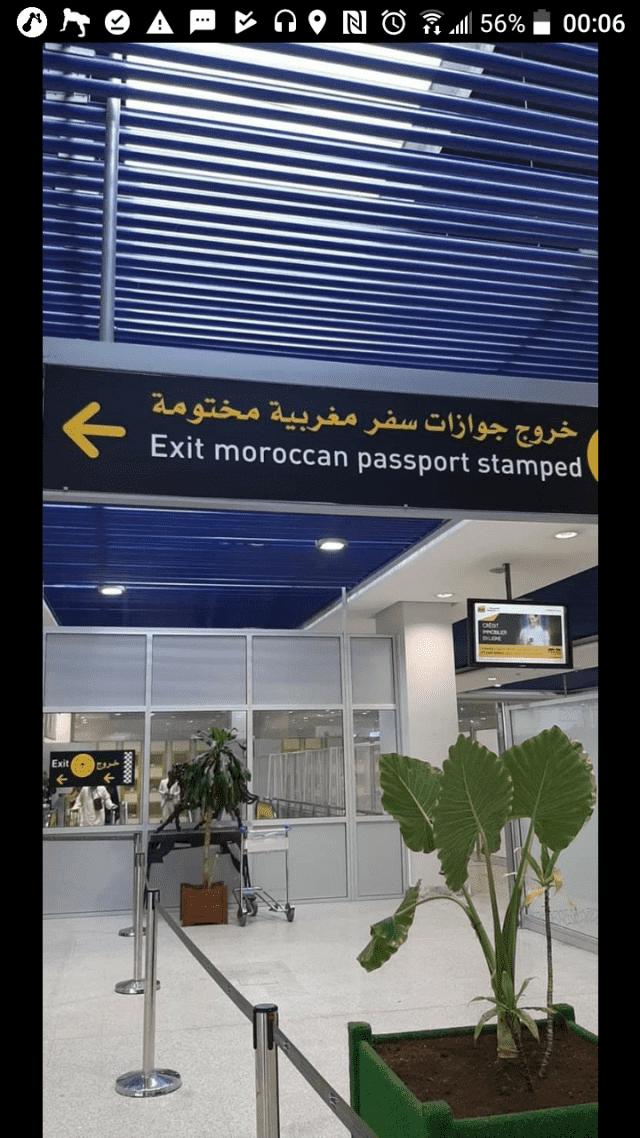 Rabat – The Mohammed V International Airport in Casablanca, Morocco’s main international airport is once again at the heart of a public uproar.

This time around, however, the public irritation does not stem for a passenger mistreatment that went viral or even the airport’s typical overcrowding problem. This time, the problem is with an eye-catching nameplate whose authors managed to turn both English and Arabic on their heads, producing a sentence that is as confusing as it is laughable.

In a strongly-worded Facebook post earlier today, communication specialist Ali Hassan Eddehbi, who brought the matter to public attention, vented his frustration with what he called a “vulgar” and unforgivable blunder whose very presence at Morocco’s leading airport is a “disgrace” to Morocco’s image as a nation.

The nameplate, which appears to be advertising the newly announced initiative to ease traffic at the Casablanca-based airport, read: “Exit Moroccan passports stamped.” The writing came alongside its Arabic version. Both versions, Eddehbi quipped, constitute a slap in the face of effective, professional communication.

“The initiative is indeed laudable and I would like to congratulate those responsible for it,” began Eddehbi. “However, neither the [sentence’s] assignee nor the airport personnel (and I guess in this case the guys at ONDA’s communication department are the ones concerned) were able to spot two serious mistakes [in the message].”

(ONDA stands for Moroccan Airports Authority, and is the body in charge of administrative and logistics operations at Moroccan airports.)

While the policy advertised in the sentence, saving passengers the endless waiting time and the interminable queues, such a communication mistake stains Moroccan national image, pride. Morocco being a country where Arabic is widely spoken, Eddehbi suggested, it is unacceptable to have such meaningless Arabic sentence in a respectable public space.

The problem with the sentence, as Eddehbi lamented, is the message it sends to foreigners who land at said airport.

As far as first impressions go for countries, airports are often vital in the image we associate with countries. With sentences as the one at the Casablanca airport travelers would easily associate the country with sloppiness and unprofessionalism.

Eddehbi went on to describe the “grammatical mistakes” in both versions as a total disgrace to Morocco’s image and an “infringement of its official language.” While the Arabic version was confusing, he noted, the English translation of it was even more bafflingly unprofessional. The grammar is “lame” whereas the meaning is ludicrous.

“When it comes to the English, it is obvious that that he sentence was naively translated from Arabic. The right formulation should have been something like: exit reserved for stamped Moroccan passports.”

Critics may debate whether Eddehbi’s proposed formulation is the most ideal. Some would perhaps argue that the “for” in his version is unnecessary and could be left out for more direct, effective communication. Others may propose a new formulation altogether.

But that would miss the central point of his criticism of the “unforgivable” mistakes in the formulation used by the airport personnel and put on display in an unmissable spot at the country’s foremost international airport.

The point here is the sense of national shame that comes with having an advertisement board read “passports stamped” at the country’s top airport. 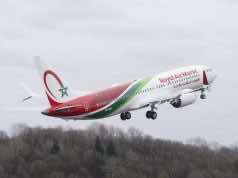 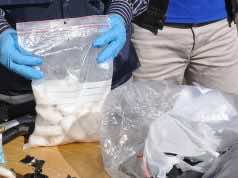 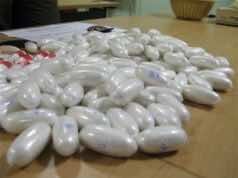