The movie highlights the controversial topic of unwed mothers in Morocco.

Rabat – Moroccan director Maryam Touzani’s film “Adam” has received yet another accolade, this time with the film winning a Bronze Star at the El Gouna Festival.

The El Gouna Festival, established in 2017, is an annual film festival held in Egypt. This year, the festival was held from September 19 to 27, and saw Sudanese director Amjad Abou win a Gold Star for his film “You’ll Die At the Age of 20.” The gold star comes with a $50,000 prize.

In second place, winning the Silver Star and a cash prize of $25,000, was French director Jan Komasa’s feature film “Aid Al Korbane.” With “Adam,” her critically-acclaimed debut, Touzani won a cash prize of $15,000 for third place.

The movie, which will make its debut in theatres in January 2020, spotlighted the controversial topic of unwed mothers in Morocco. The story was inspired by a pregnant woman who was going door-to-door asking for work in Touzani’s hometown of Tangier.

Touzani also explained her reasoning behind featuring taboo topics: “There is a facade that everything is alright on the outside even if people are tormented inside. It is good to let in some air and light, and people are relieved and happy things are being spoken about.”

Adam has received praise from critics, and last month Moroccan Cinema Center (MCC) selected the debut movie to represent Morocco at the prestigious Oscar Awards. The film has been entered into for preselection in the category of Best International Feature Film. 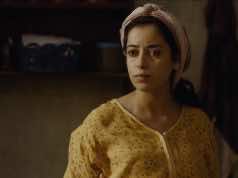