Since its admission to the AU two years ago, Morocco has made notable gains on both the political and economic fronts in Africa-related issues.

Rabat – A number of African officials have “saluted” Morocco’s growing role in furthering pan-African causes, stressing the country’s return to the AU and its increasingly Africa-focused diplomacy.

The “African ministers,” whose comments came both during and after a UN General Assembly meeting over the weekend in New York, highlighted Morocco’s assertiveness in pushing forward its South-South vision, according to Moroccan state-owned media outlet Maghreb Arab Press (MAP).

The African officials lauded Rabat’s vision and leadership in instigating the debates and driving actions on a wide-range of South-South and African development-focused platforms, according to the Moroccan newspaper.

“Morocco generally stands out at the international level in how it pushes for actions as well as pertinent and audacious initiatives,” MAP quoted one of the ministers, Sao Tome and Principe’s foreign minister Elsa Teixeira de Barros Pinto. She added, according to MAP, “Morocco is a great nation respectful of universal principles.”

He explained that while Morocco has always been an indispensable player and a good ally in African affairs, the North African country has been particularly active in promoting Africa in the past two years, following its admission to the African Union. Africa has become the center of Morocco’s “excellent diplomatic actions,” Barbosa said.

The laudatory comments back up Morocco’s declared “African vocation.”

Speaking at a panel on the sideline of the UN General Assembly over the weekend, Morocco’s foreign minister Bourita spoke at length about Rabat’s vision—and actions—for stability, peace, and economic prosperity in Africa.

“Morocco strongly believes that the response to all our challenges is concerted action and shared responsibility,” Bourita said. He stressed Morocco’s actions towards helping the continent “emergence from its current challenges” through “frank mobilization” of African governments as well as “coherent and effective” continental policies.

The notion of Morocco as an invaluable asset for the AU’s aspirations appears to be an established feeling among African officials. Like the ministers at the UN event in New York, other African officials have often spoken of Morocco—generally Moroccan diplomats—as effectively promoting African and South-South issues at the international level.

With a King who “intelligently combines effectiveness and empathy,” Morocco has emerged as an example for many African countries, Mali’s former Prime Minister said in a recent op-ed on the twenty years of King Mohammed VI’s reign. 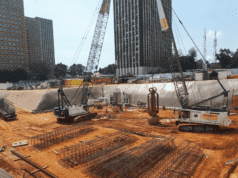